It’s sad to say that I have had this MOW Jetpack since Christian first offered it in 2009, when the piano keys were still molded in, and has been untouched ever since.

I’ve finally had some time a couple of weeks ago and was able to do some light sanding and priming.

I then realized that there were some major inaccuracies in this version.
First, the top rocket section had four fins instead of three.
Second, the cones also only had three rectangle details on the bottom instead of four. (I’m leaving the piano keys as is even though I know the first sections should have four keys instead of just three)

Of course I tried to contact Christian to get some upgrade pieces, however I was unable to get a reply.

So while waiting, I saw some metal greeblies offered by questdesign which were supposed to be sized for a MOW Jetpack and purchased those. I was so pleased with them that I ordered the bottom vent soon after. The greeblies only required a few minutes of work to fit and the vent fit perfectly. Shipping only took a little over a week from Canada.

I then saw a sale thread by SUTT4869 and purchased a Bobamaker Beacon and stabilizer along with the bottom greeblies. Received these super fast.

I sent Dark Side a PM for a metal collar since his metal pieces are also sized to a MOW, but didn’t get a response.

I then contacted Darth Voorhees since I read that his Jetpack was close in size to MOW and he kindly allowed me to purchase a rocket top even though he usually doesn’t sell parts. Lou is scheduling this for next week, which I was more than happy to wait.

I then came across a thread where Lazerjock offered a momentary switch for the bottom of the pack.
While I was looking at his other threads, I saw the awesome job he did printing his own Jetpack. Since I only needed replacement cones, I asked if I was able to purchase these printed cone sections from him, based on RafalFett’s files but resized to the MOW measurements. I was so happy that Chris was able to do it and he actually had to model it himself to make it work.
His print so far looks amazing!

I then remember reading a thread a while back that MachineCraft, besides the other amazing stuff he makes, also makes a collar but sized for a different pack.
I contacted Dakota and received a response shortly thereafter. I purchased the collar from him which was shipped quickly and received this morning.
The hole was larger, but after cutting off the connector piece that the MOW collar had and joined the pieces together, it looked like it was meant to be.

I may be adding more pieces to the Jetpack, but I’m so happy that I was able to deal with some awesome Boba Fett makers and will definitely recommend all their amazing work.

I’ve since modified the current top rocket piece myself while I wait for the new one. 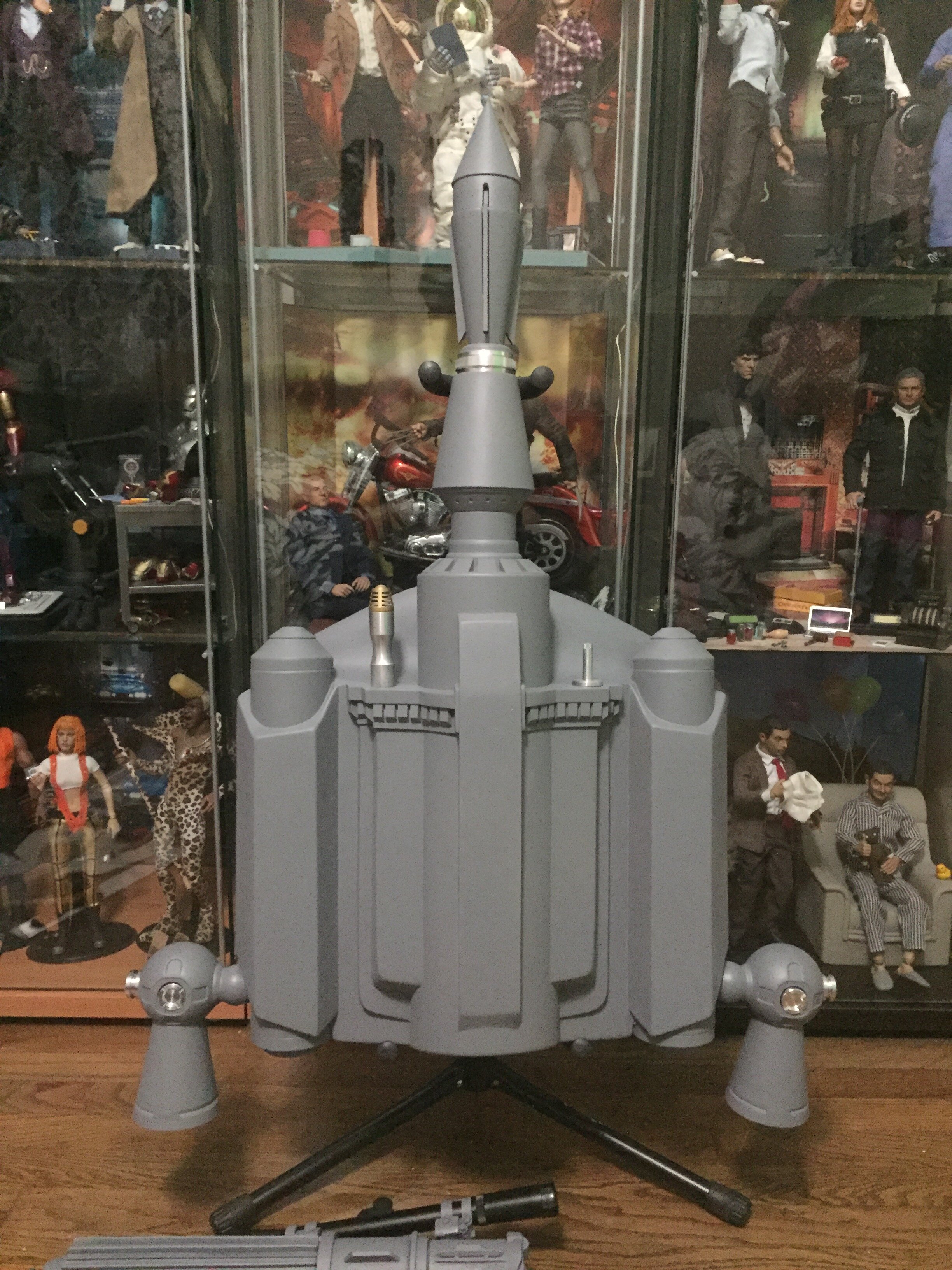 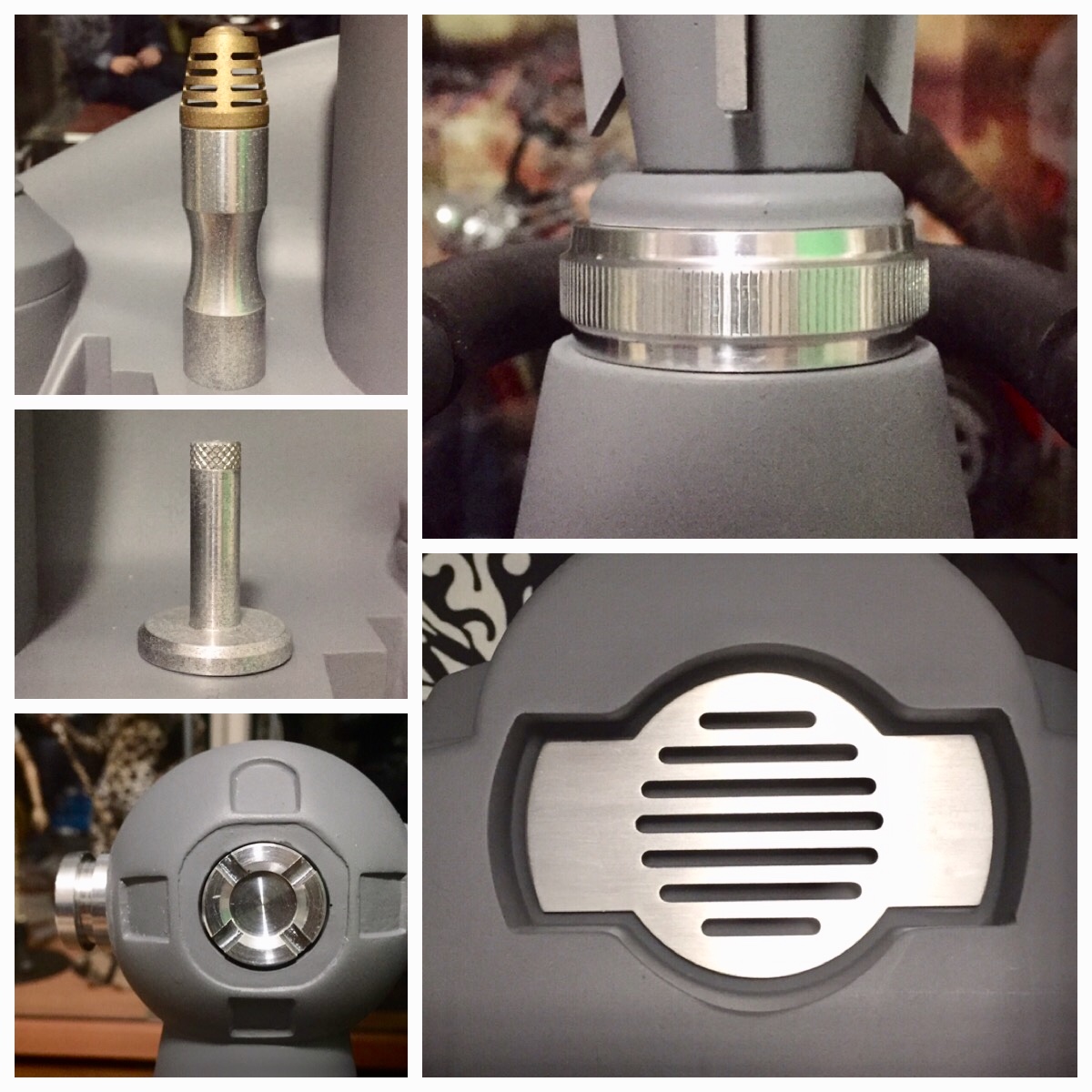 Glad I could help.

Lazerjock said:
Glad I could help.
Click to expand...

I certainly appreciate your help Chris and I will definitely be hitting you up with more projects when you have some time to spare.

I was intimidated by it at first since, as a sculptor myself, I get timid about modifying other people’s work. In this case, since MOW already has made those modifications in his newer packs, I finally got the nerve to do it.
The help of such great members here made it so much easier.

By the way, here is what the rocket top looked like when I cut it down which shows why I needed a new one: 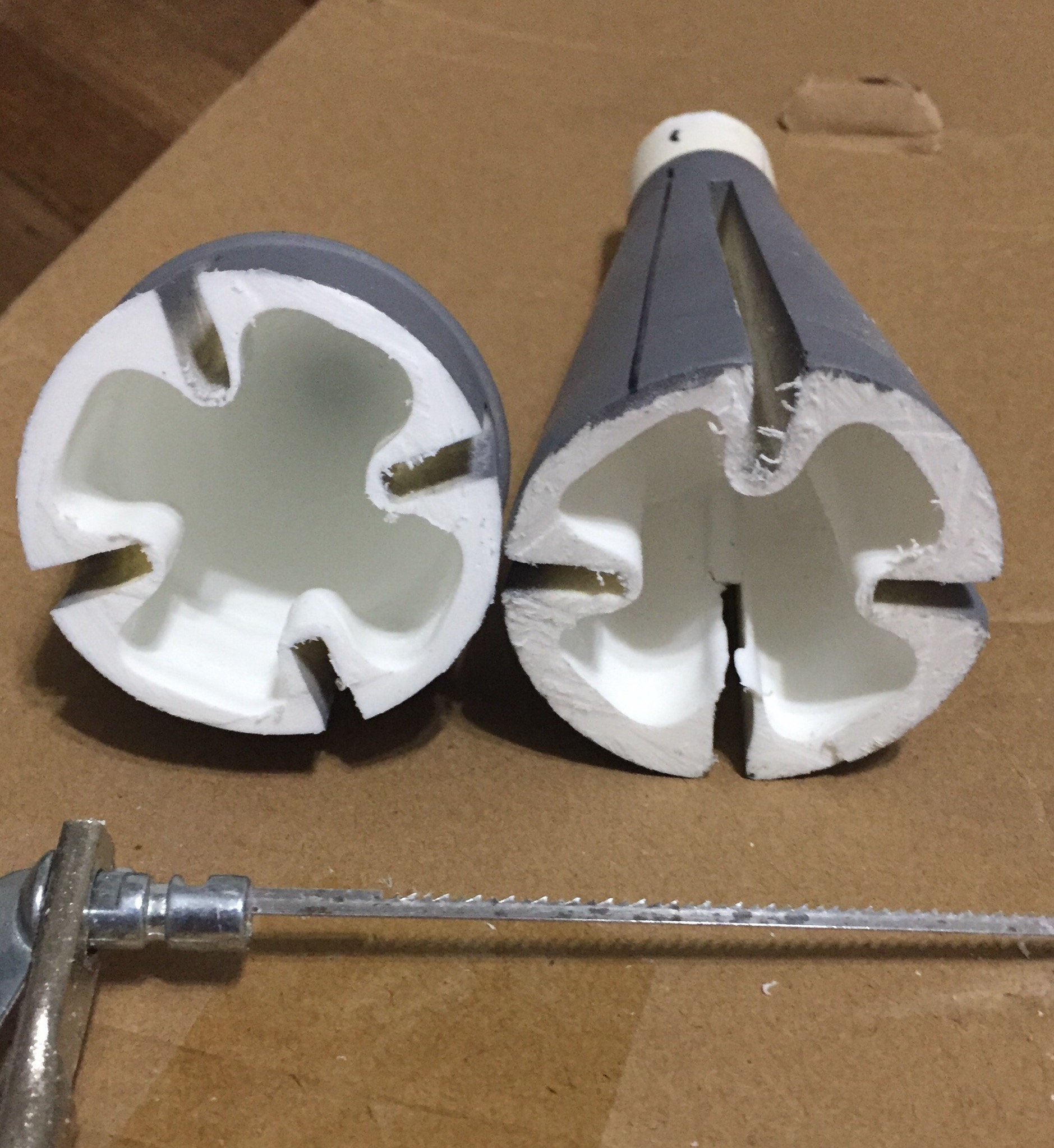 The back also doesn’t have the recessed shelf for the three greeblies, so I will be making that modification soon.

By the way, does anyone know the measurements of the back recessed area? I’ve been looking, but can’t seem to find drawings of the depth and angle.

Oh man, that is a good looking jetpack for sure.

Here are my measurements to the best of my ability.

Mythos Fenn said:
Oh man, that is a good looking jetpack for sure.
Click to expand...

Thanks! I’m really happy how it is all coming together, especially after being stored away for so long.
I’m even having second thoughts on painting it now with the craftsmanship that each piece has from the individual makers.


Lazerjock said:
Here are my measurements to the best of my ability.
View attachment 196584
Click to expand...

Thanks again Chris! That’s exactly what I needed. So by those measurements, the inside angle will be @ 102.2 degrees. I was originally going to do 90 degrees, so thanks for the correction.

You can also download the jetpack model from Shapeways for free (you'll have to create a free account fo that) and open the STL file in a free 3D editor to better visualize the model. Seeing a particular area from multiple angles makes a great difference.

RafalFett said:
You can also download the jetpack model from Shapeways for free (you'll have to create a free account fo that) and open the STL file in a free 3D editor to better visualize the model. Seeing a particular area from multiple angles makes a great difference.
Click to expand...

The pack I took the measurements from is from RafalFett.

RafalFett said:
You can also download the jetpack model from Shapeways for free (you'll have to create a free account fo that) and open the STL file in a free 3D editor to better visualize the model. Seeing a particular area from multiple angles makes a great difference.
Click to expand...

Thank you, that really helped. It also showed me how much work you put into these designs and I am awestruck by your skill!


Lazerjock said:
The pack I took the measurements from is from RafalFett.
Click to expand...

Thanks Chris, this helped me out a lot. 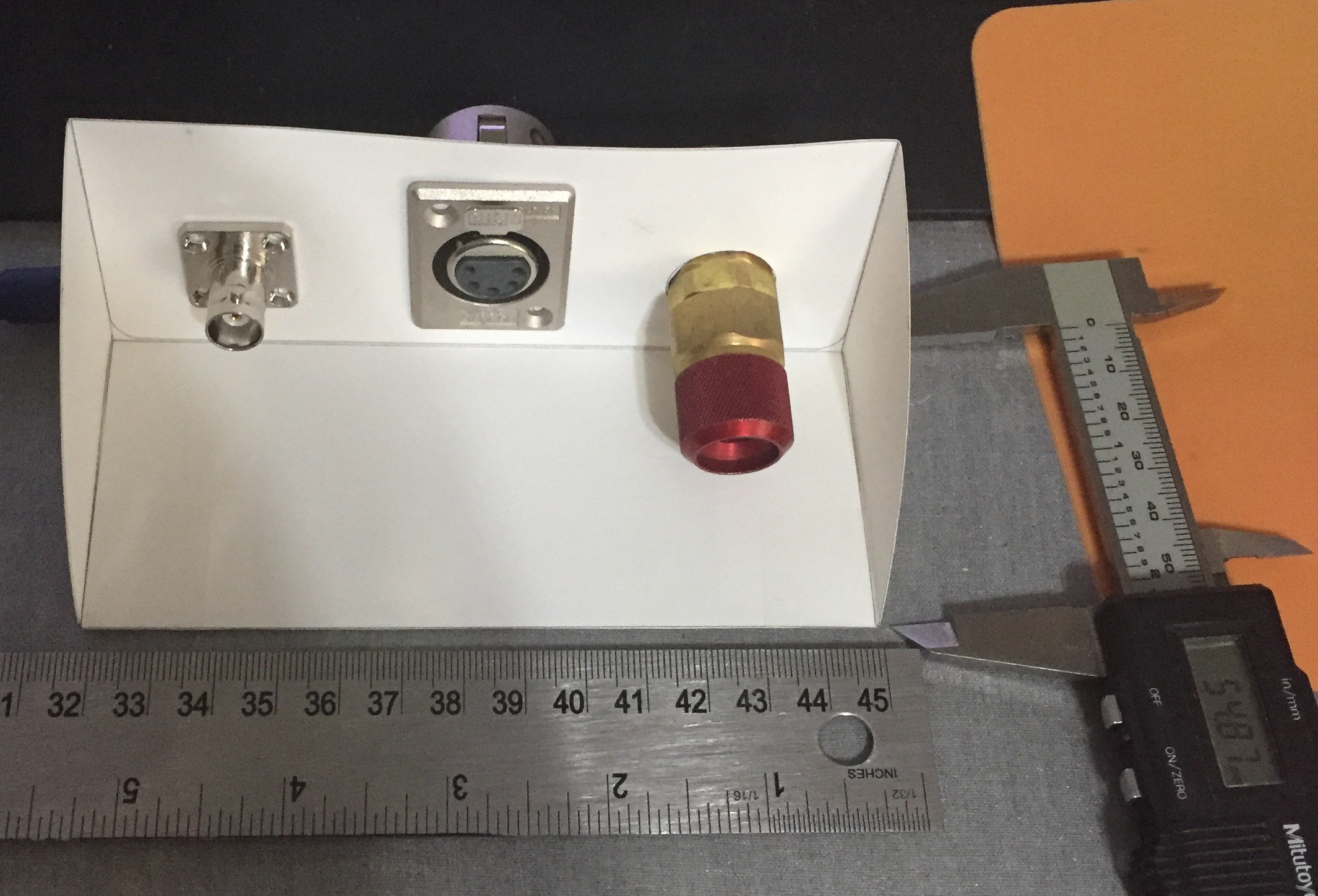 Looks good to me!! 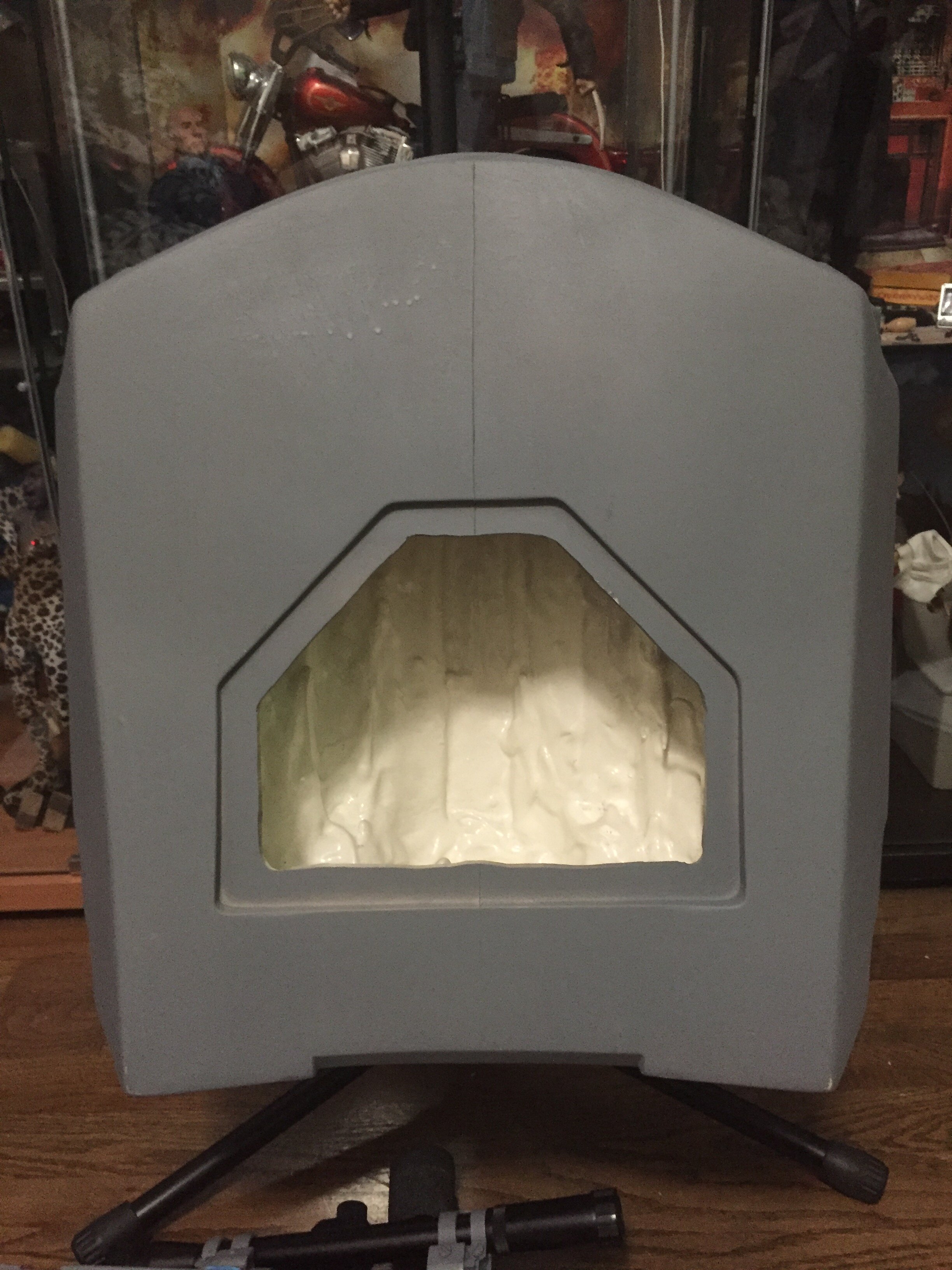 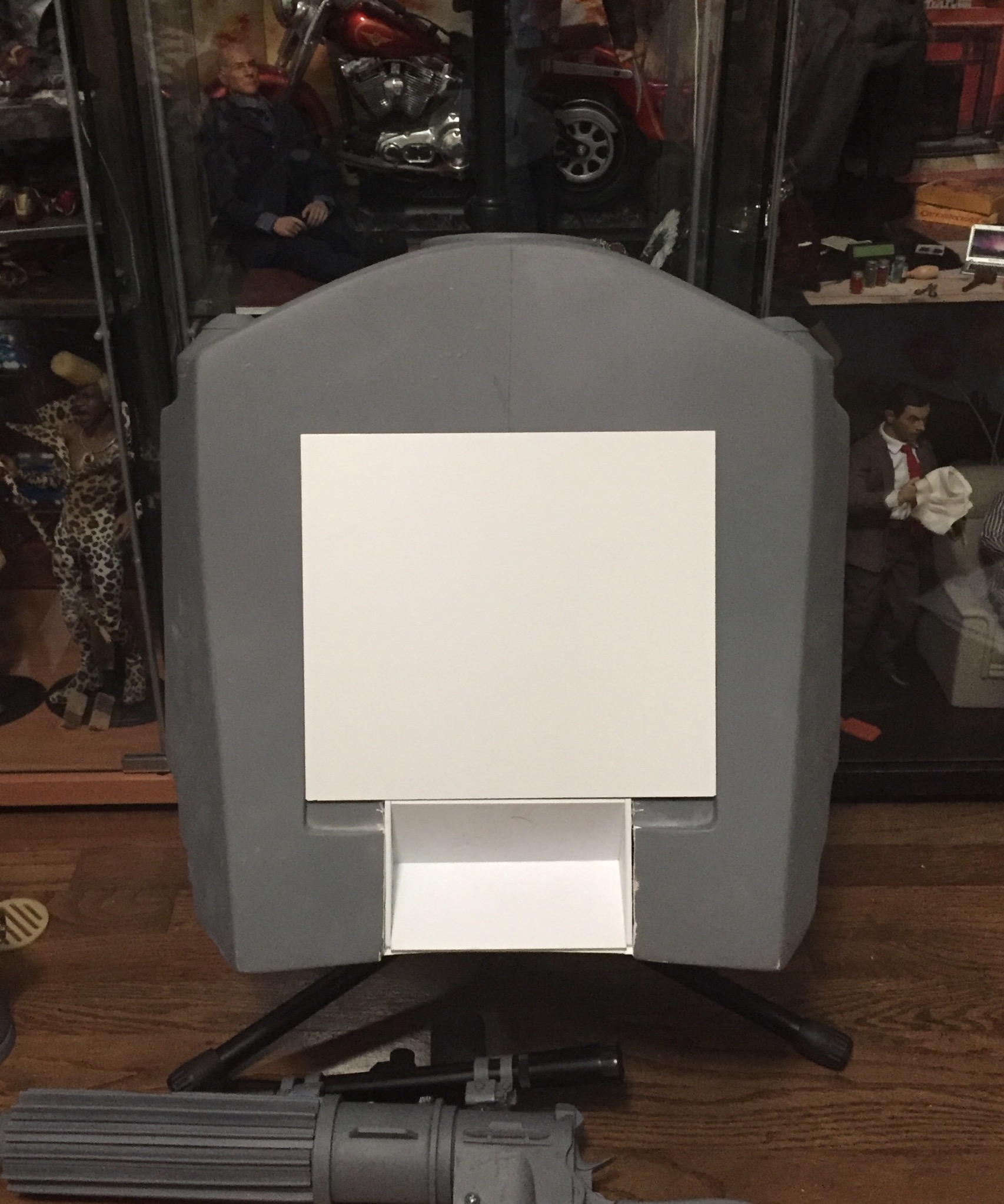 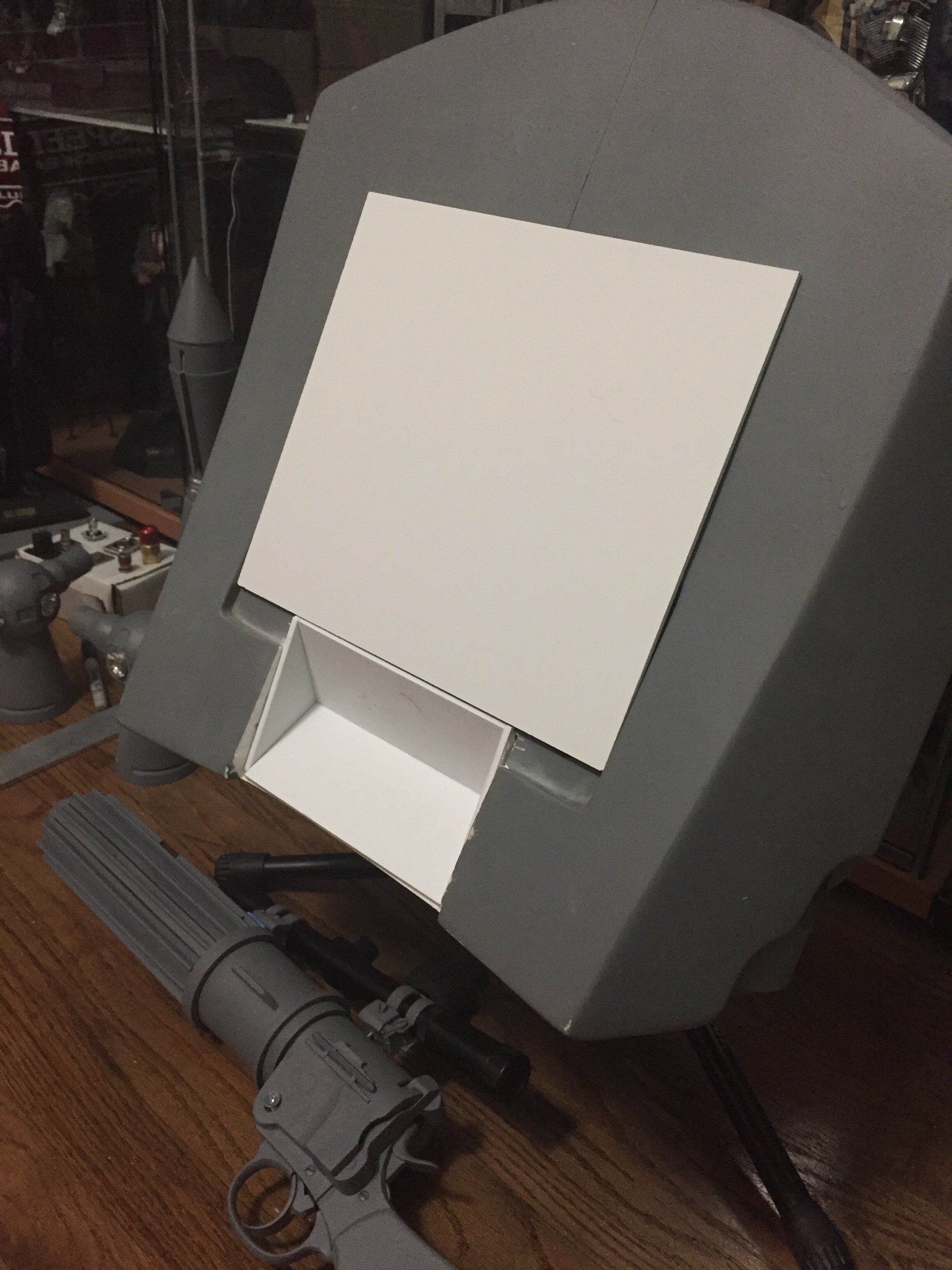 Thanks! I’m so glad I made this modification as it would have been a waste having the greeblies and nowhere to put them. 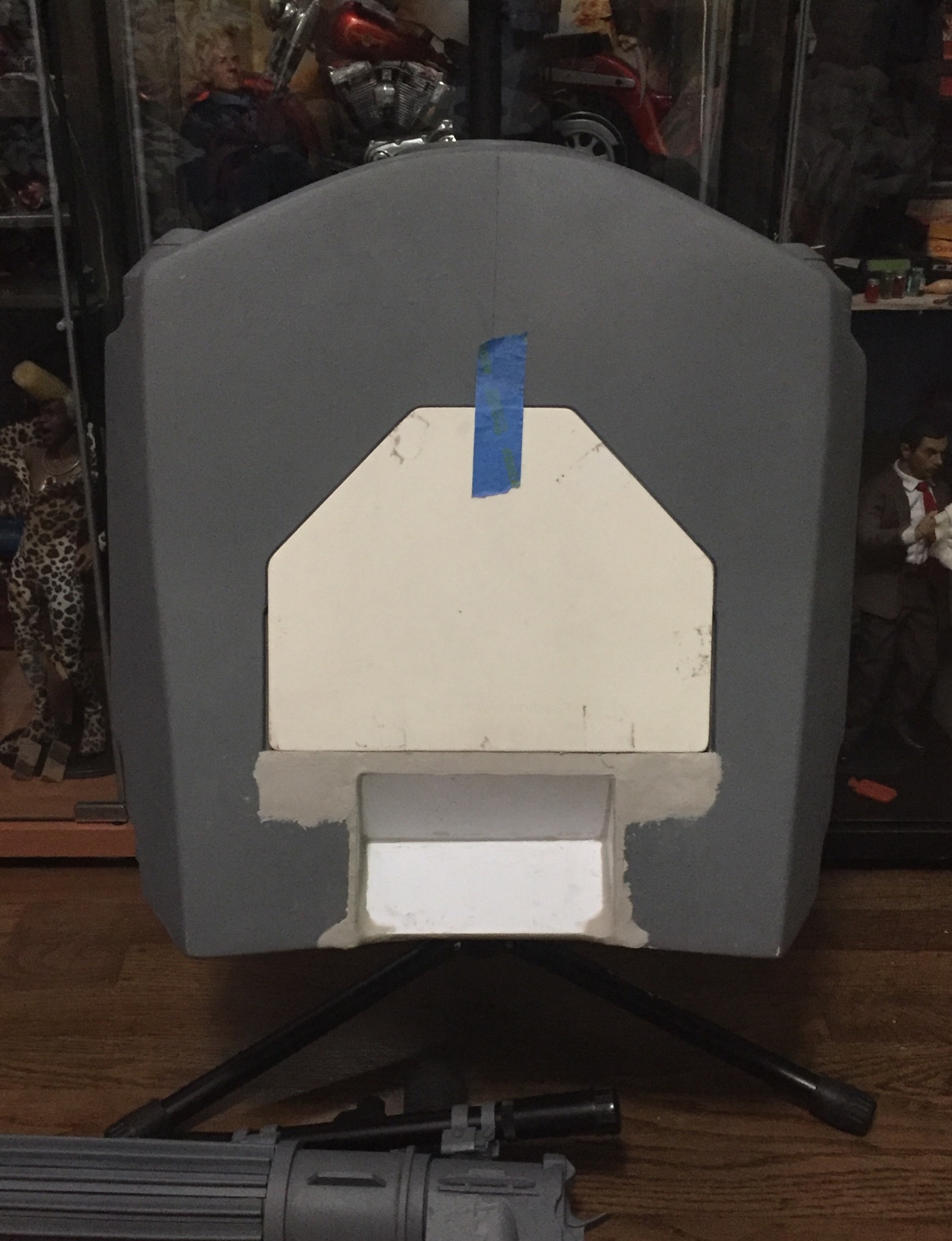 I’ll sand and shape this tomorrow and hopefully be able to rout out the section for the cover.
I used sintra pieces to fill the large gaps so it wouldn’t add too much weight. I then filled in the smaller gaps and reinforced the back from the inside with epoxy putty.

VashDstampede - Very impressive watching you take this older generation pack and bringing it up to current standards!
Nicely done sir!

Thanks Iron!
It’s a shame that it took me this many years to do put some work in it, but I think it’s coming along nicely.
I can’t wait to get the new pieces for it in the coming weeks.

Thanks! I can’t wait to sand it and hit it with primer to see how everything blended together.

The 3rd greeblie was bothering me because of its bulk so I wanted to try to make it more accurate.
I rummaged through some brass parts I had at work and after some cutting, drilling and sanding of 4 different parts, I was able to come as close as I can to the actual part.
It’s no longer functional, but I think it looks really nice. Too bad no one will ever really see it when displayed.
It does help to quiet down the OCD a bit.
Before and after shot: 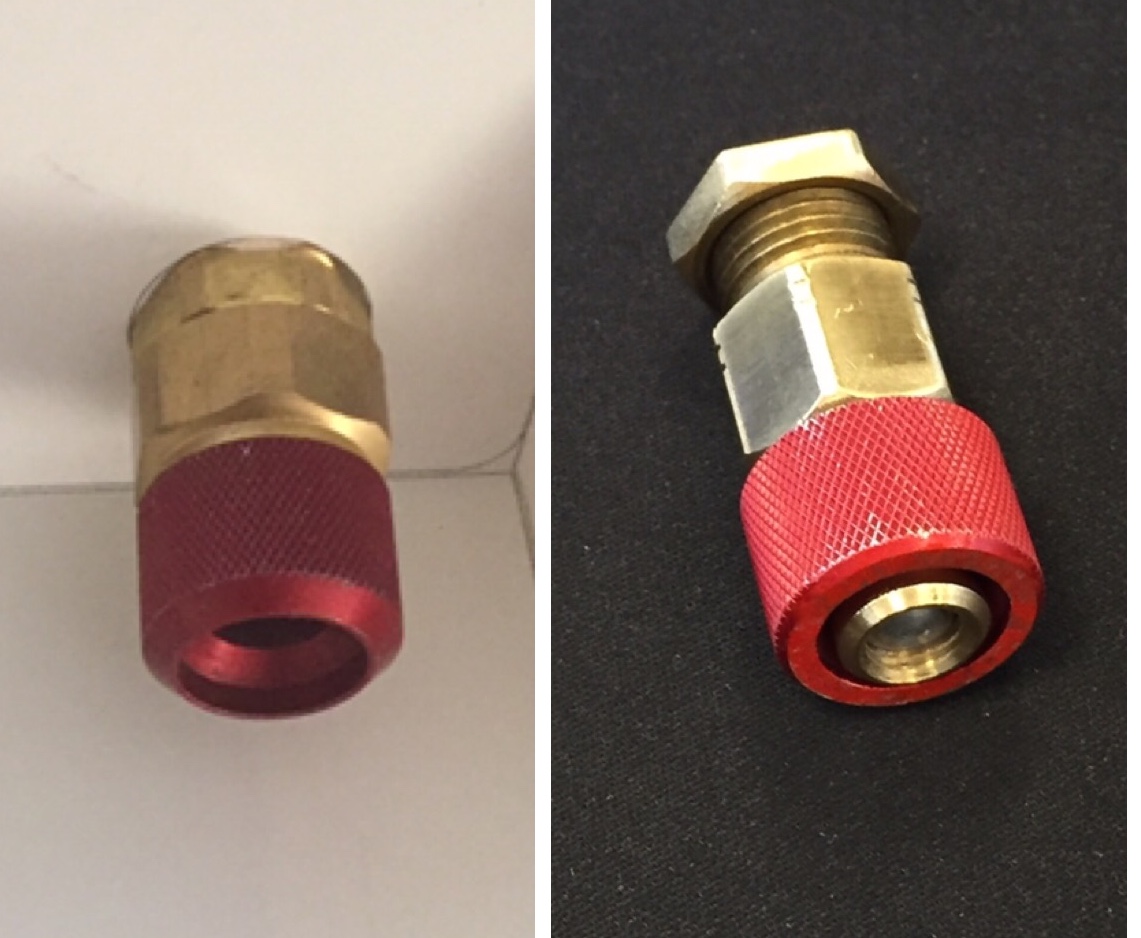 I can always 3D print it for you.