Hello everyone. New to the world of fett costuming here but I've loved fett since I saw him back in the holiday special. (Not that old, dad showed me the series in order when I was a kid)

Little intro before I begin, I'm 20, been a costumer for years, I have a clone, though I can never seem to stick with one paintjob for more then a year with it. Anyway, I recently started purchasing parts for my ROTJ armor, I got everything I need in terms of soft parts, which I snagged from Bounty Hunter Surplus before they closed down. It's all arriving in the mail sometime this week so I'll give more in depth details on that later. They were kind enough to include almost all the armor parts, spare the back plate, right gauntlet, and left guanlet flame thrower, as well as all the little greeblies like the shoulder keys, hip keys, knee darts and gauntlet stuff. All in all it was a good deal for everything. So I'll need to find those parts later on.
Heres an image of my stuff that's coming in. I'll need 5o get either 6 more belt boxes or a new belt entirely to make it accurate to the 14 that's on the SE

Literally the day after I got the tracking info someone in my town was selling a esb helmet, and of course i bought it cause itd save me time on grabbing and painting up one. It needs some touch ups but it's a beautiful helmet none the less! 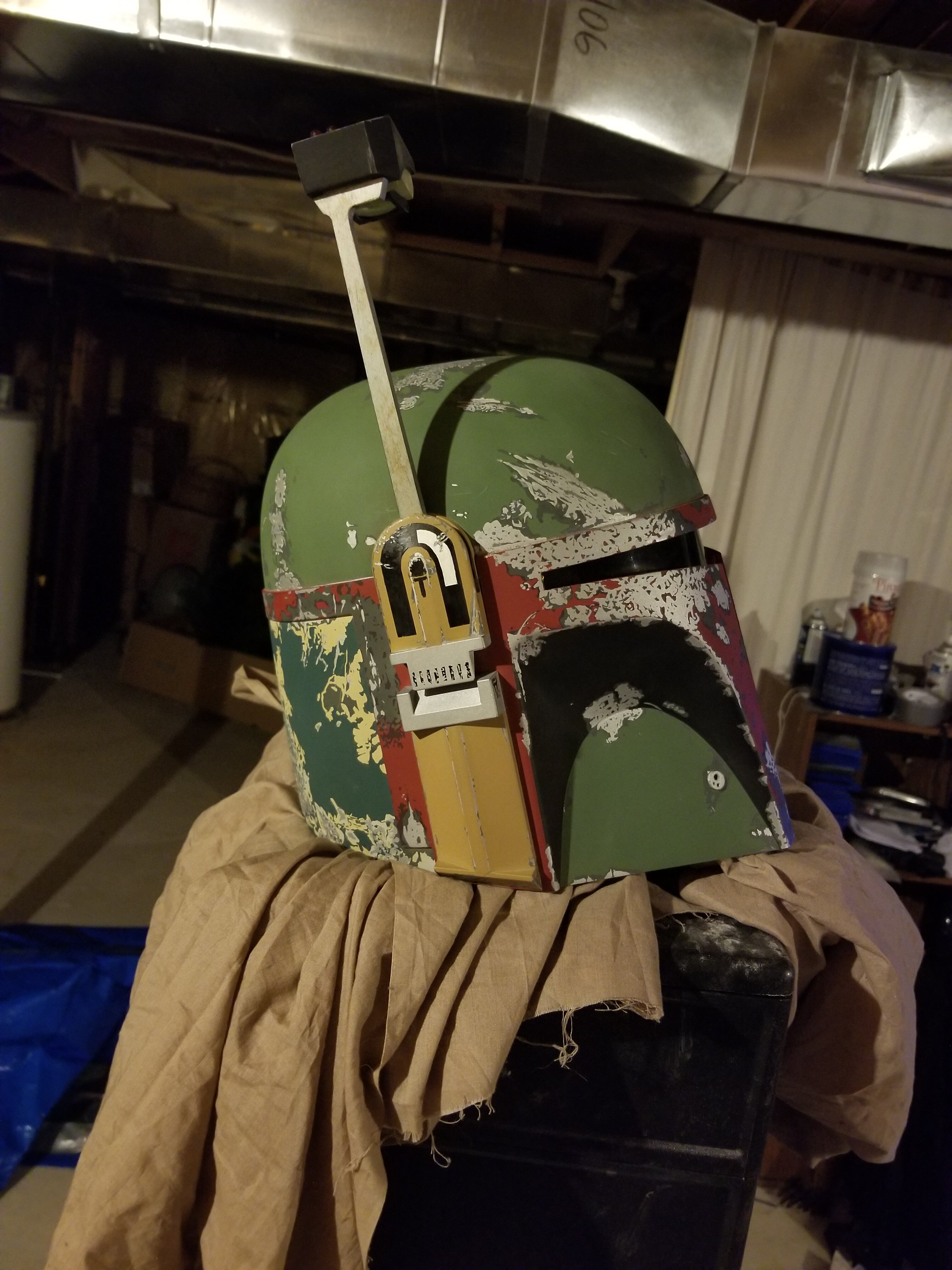 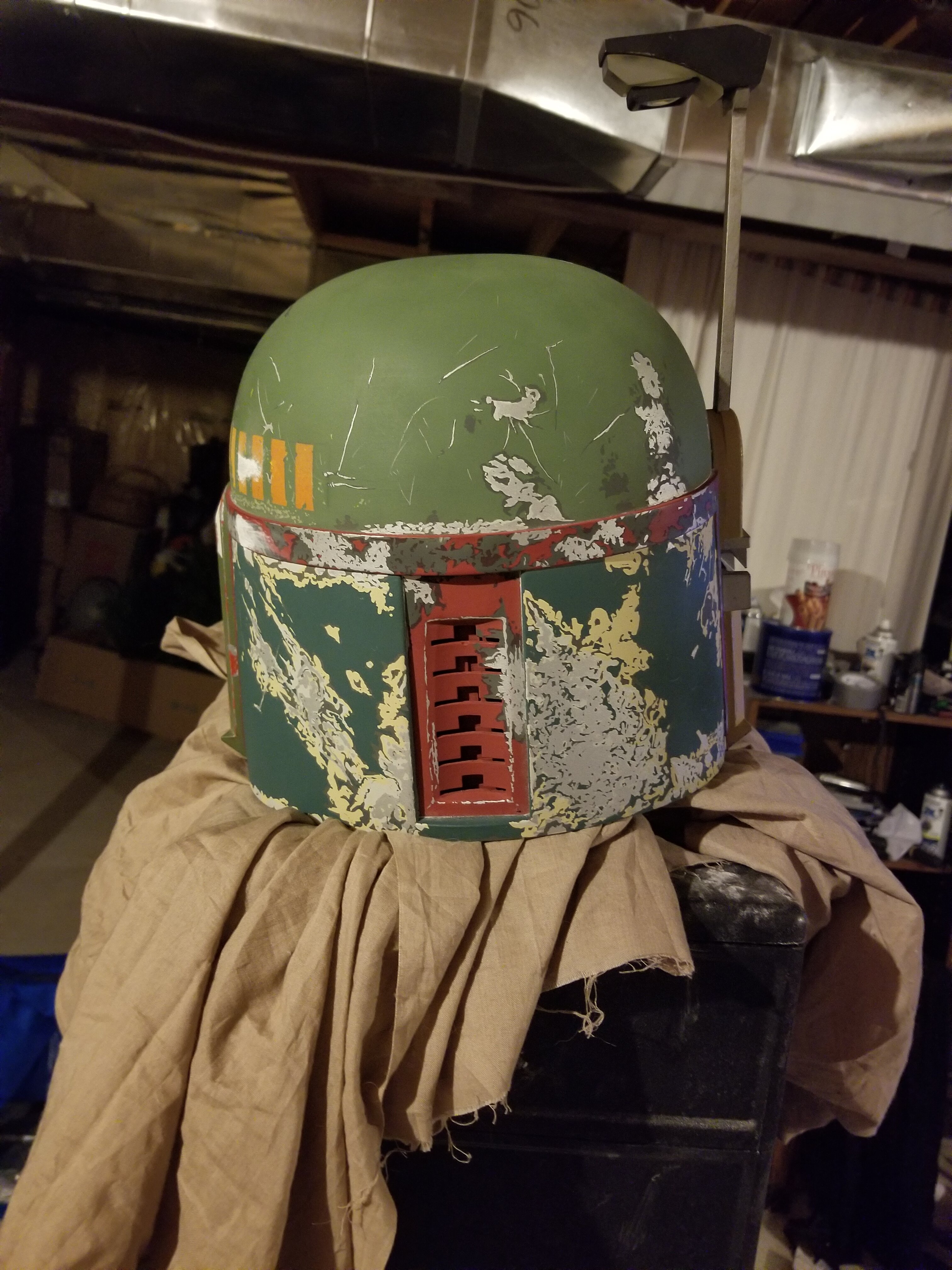 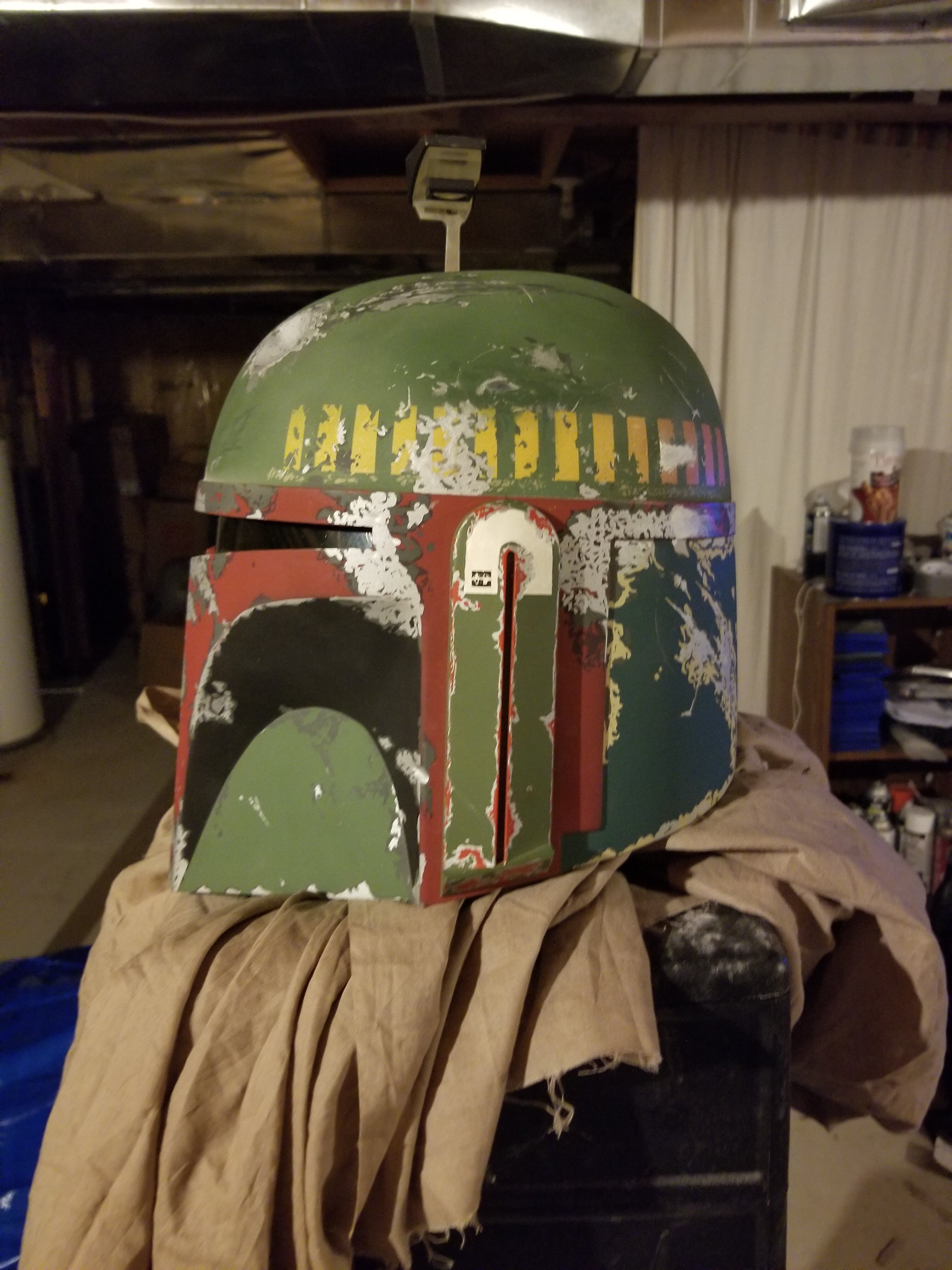 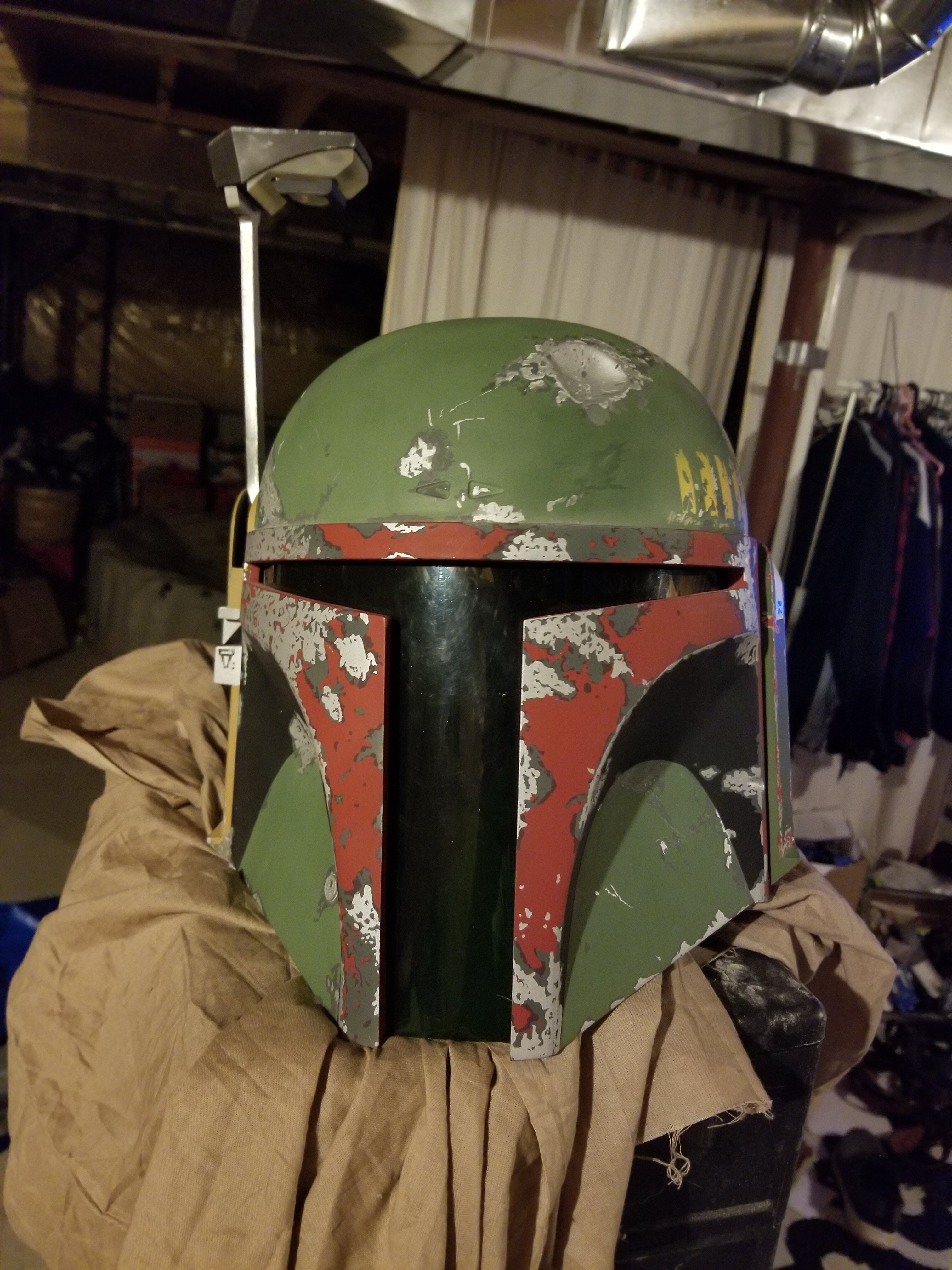 It does need some minor edits to turn it into a rotjse helmet but I'll get there.

Dude that helmet looks sick! Nice! Looking forward to seeing progress updates, as I too am building a ROTJ SE after realizing that I loved the ROTJ Boba costume but after lurking on this forum I realized that the ESB helmet was waaaaaaayyyyy cooler.

So after going through a minor crisis of wanting an ESB helmet but wanting a ROTJ Fett, I discovered the ROTJ SE! A freaking ROTJ Fett with and ESB helm. Like holy crap, that was exactly what I wanted! There Re some other differences ( number of ammo pouches and hip bags look ect) but otherwise it's a cool way to get that ESB messed up and multicolored bucket on the better armor!