Following on from the Rubies Supreme helmet I modified (after buying the supreme costume dirt cheap and only keeping the helmet and jet pack)....

For those of you that haven't seen this costume in person, it's terrible, truly awful, I kept the jet pack as that's quite an expensive part to get (for a good one), so thought it was worth trying to mod this one. The actual main body of the jet pack isn't too bad quality wise, quite rigid/solid and light since it's hollow plastic (it did need quite a bit of work though (sanding/filling etc) to get it in a good state ready for painting). The rocket and thrusters unfortunately are a different story, they're very cheap, very thin vacuum formed plastic, and to make things worse they're made in 2 parts and the shells are poorly glued together (very cheap and nasty). As the rocket and thrusters were terrible, they had to go, so i removed the rocket down to it's base, which left quite a large hole so i covered that with some sheet plastic (filled, sanded etc) and made a new hole for the new rocket. I also removed the thrusters, which also left holes, but on top of that, the holes weren't in the right position (they're far too high up on the Rubies version) so I filled the holes and resculpted the sections of the jet pack, then made new holes for the new thrusters to go in.

I bought a new resin rocket and resin set of thrusters which are a vast improvement on the awful plastic ones. Then it was just a case of giving it all a nice paint job and putting it all together. I'm pleased with how it's turned out, the only bits I have to add are the 2 metal parts that sit on top, other than that it's done. Let me know what you think


BEFORE (not my pic, but it was like this) 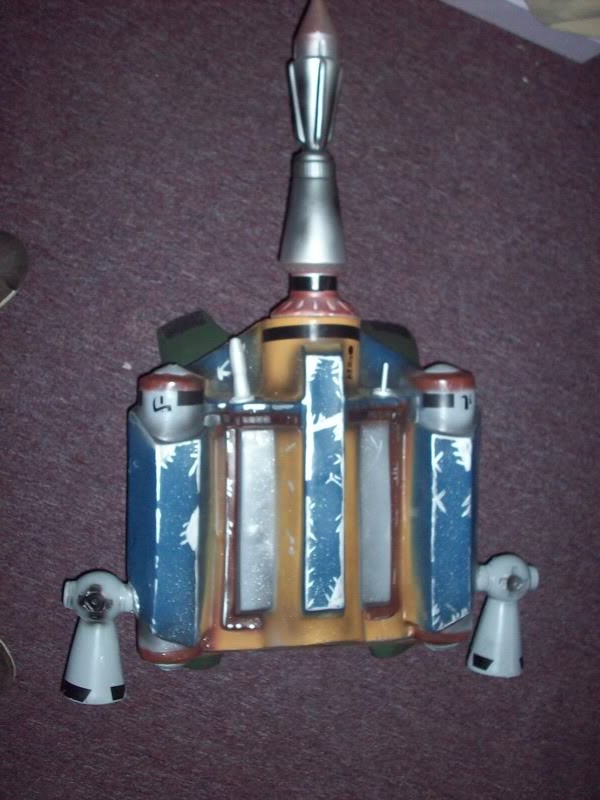 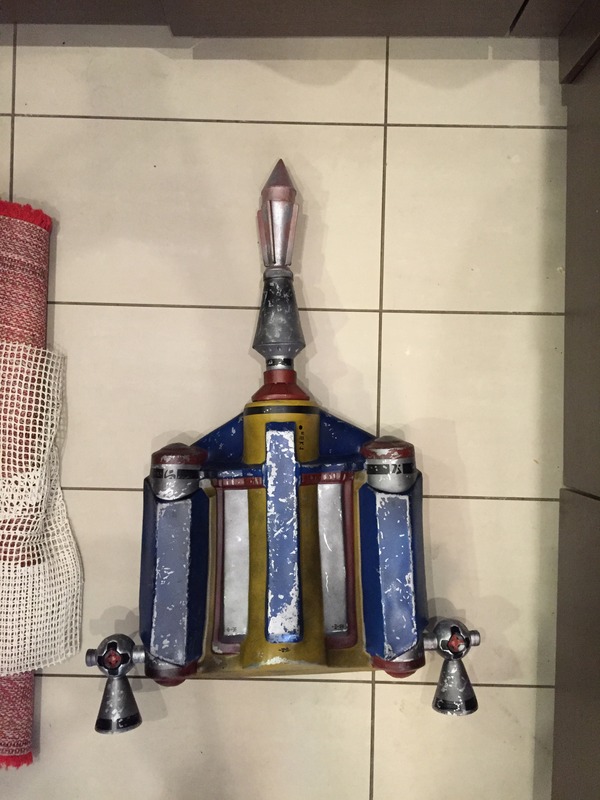 You will want to get a beacon and flight stabilizer on the jet pack.

That is an incredible overhaul. Good work

Incredible how much a decent paint job can do..Great work.

Thanks guys, that's my costume pretty much done now, I've also made the metal hooks for the back of the jet pack to attach to the harness, they're not attached yet though.