Hey guys,
I was commissioned to relocate the dent on another Master Replicas helmet.
It's a shame that the paint is not even close to where the physical dent is.

I painted out the old dent, and repainted it where it needs to be. i also added some scratches and weathering around the whole thing to closer resemble the helmet seen at CIV.
I also painted out the 15th Killstripe so that it only has 14 now.

I made an animated GIF to show the after, sorry no pics of before.
oINMH3.gif (750x1000)
and here's a pic or two of the helmet when it isn't spinning to show the dent 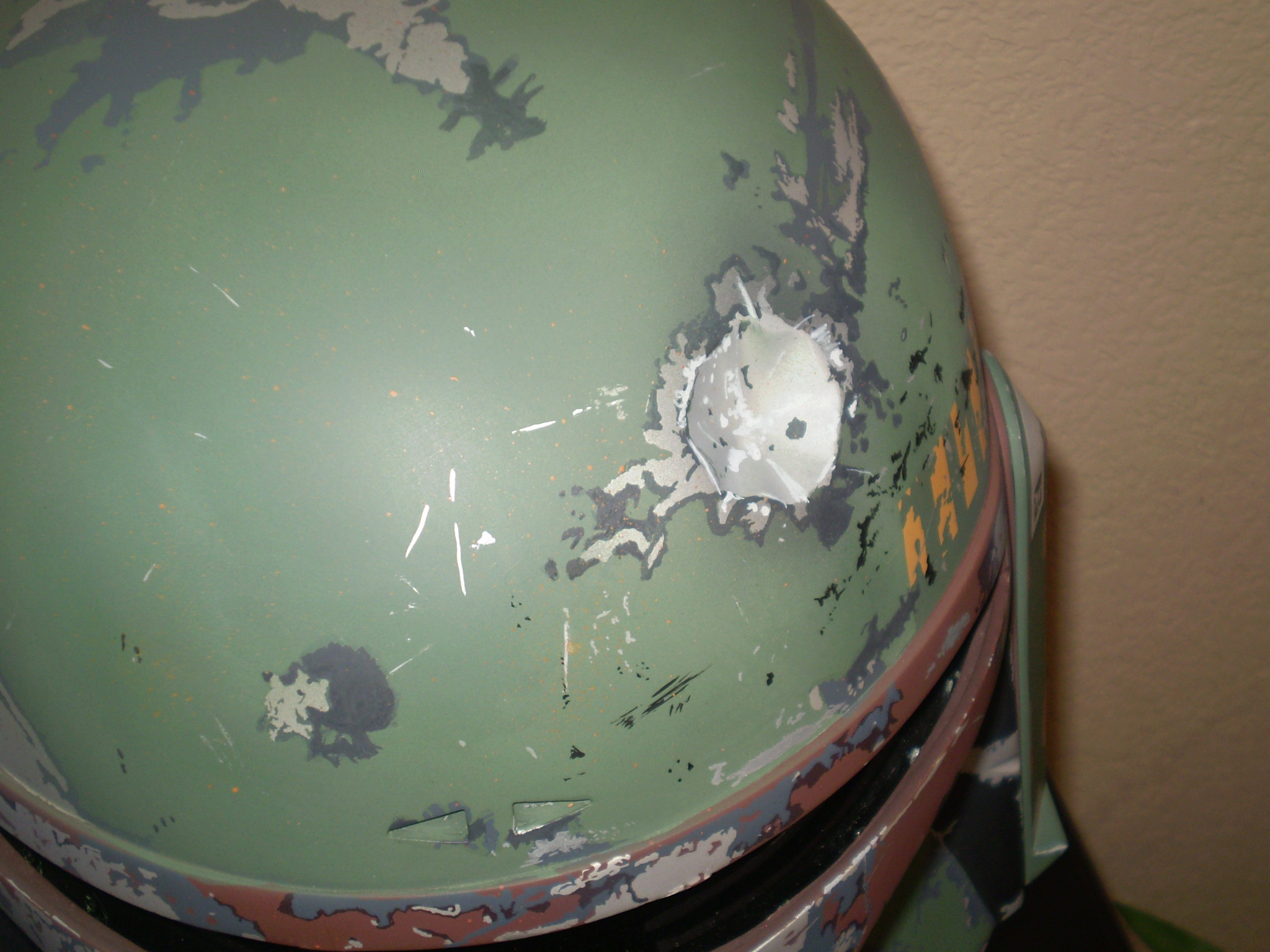 and here's the removed Killstripe area; 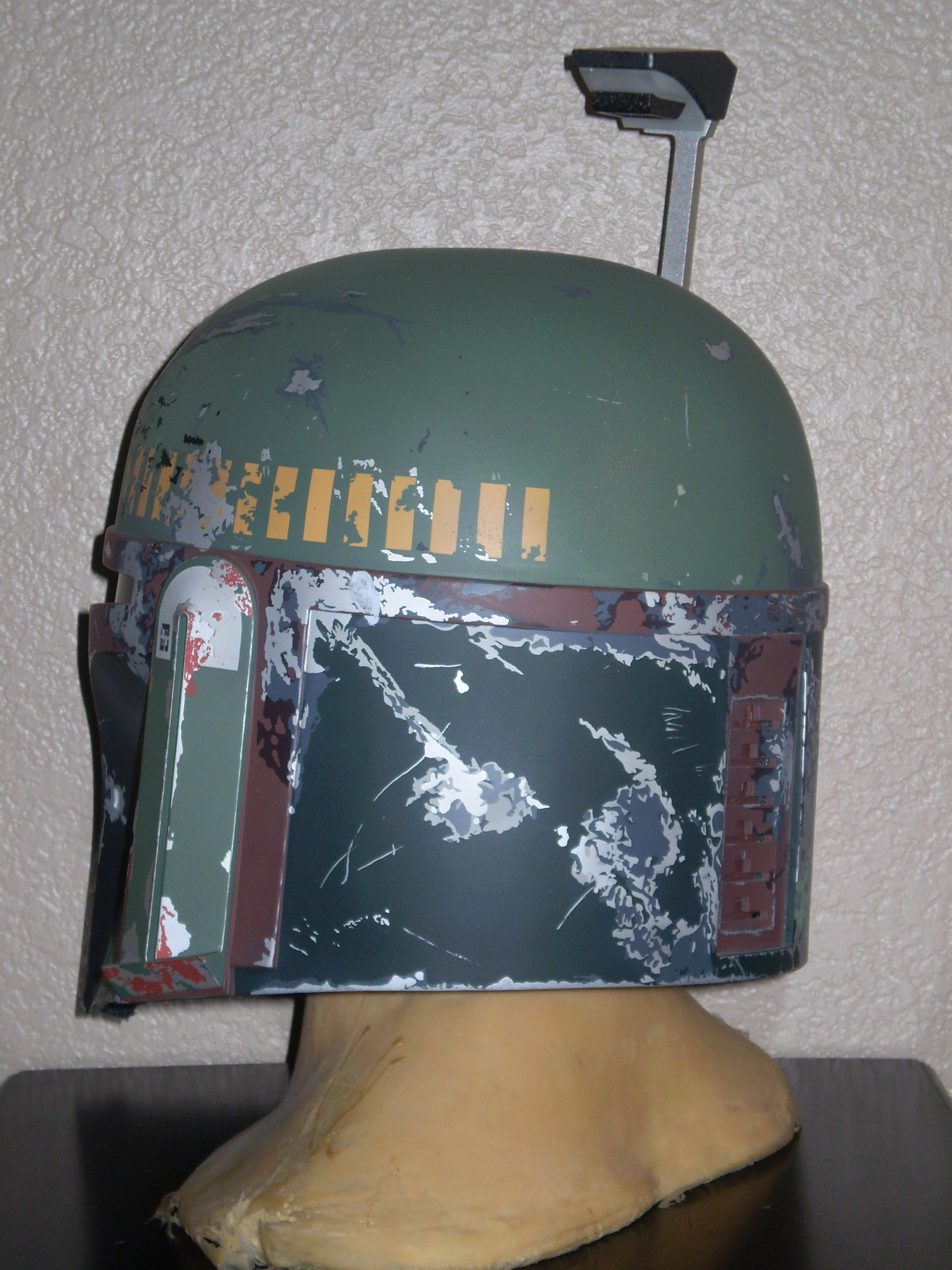 You've painted the whole dome or just the area? I ask because I can't see the step between one paint and the other! Anyway, you have done a great job as always!

I just painted the areas that needed fixing.
I tried to match the existing colors as best I could.
S

Thanks man, but it's not 'til tomorrow here in the States

Ouch! Here it's 1:49 am so the bottom bar shows today is your birthday
B

I've never actually held an MR helmet and was wondering if any sanding was needed when you painted out the 15th stripe.
Are the stripes (or any detail areas) raised at all? Can you feel them if you run your fingers over them?

no sanding needed, the paint is very smooth

Black Series Helmet for The 501st?