I've been away from the boards for a while, so I thought I should post an update on my Holiday Special Boba Fett. I've completed the upper body gear for the most part, just a few loose ends to tie up. I still need my scalps, but I think I have someone working on them right now. Then I also have to attach one more hose to the backplate (Pre-Pro style), but that hose is not pictured here.

The major thing I'm having trouble deciding right now is if the jet pack is too low. Do you guys think it is?

The collar armor is just bolted in place with whatever bolts I had around, I'll be making my collar studs soon. 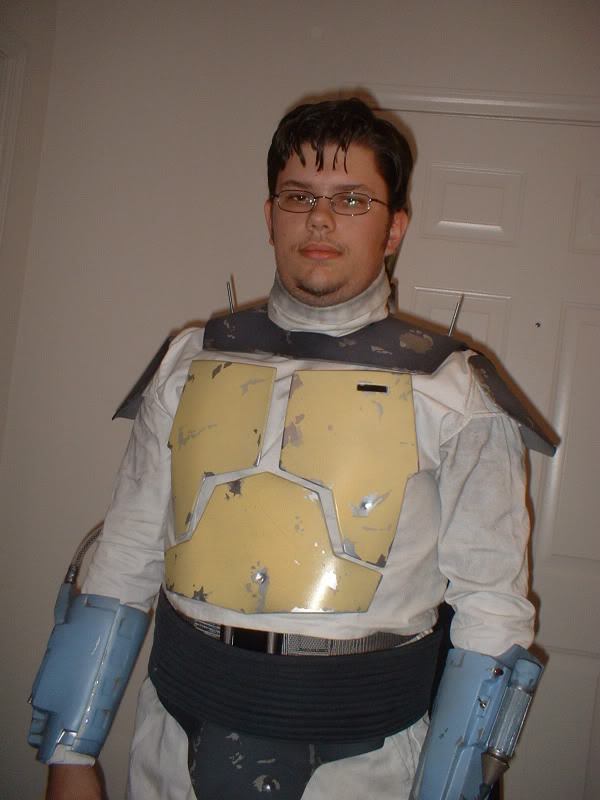 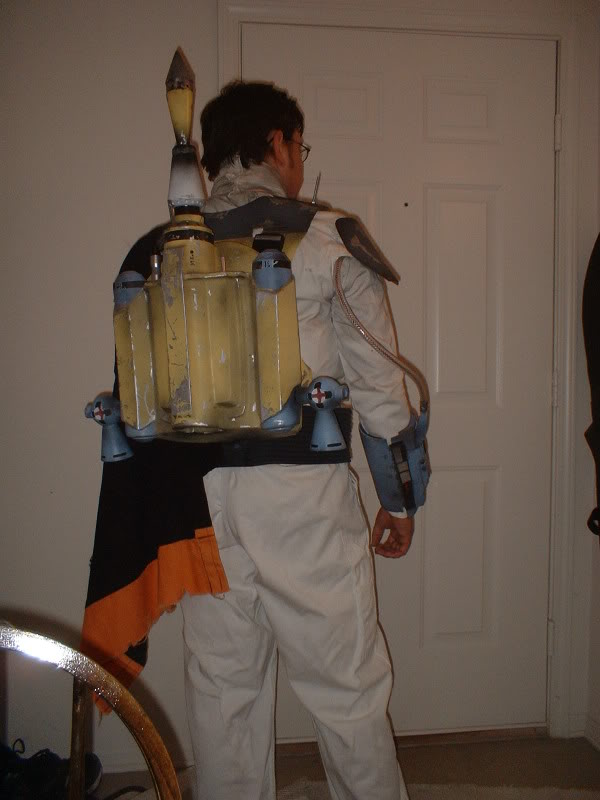 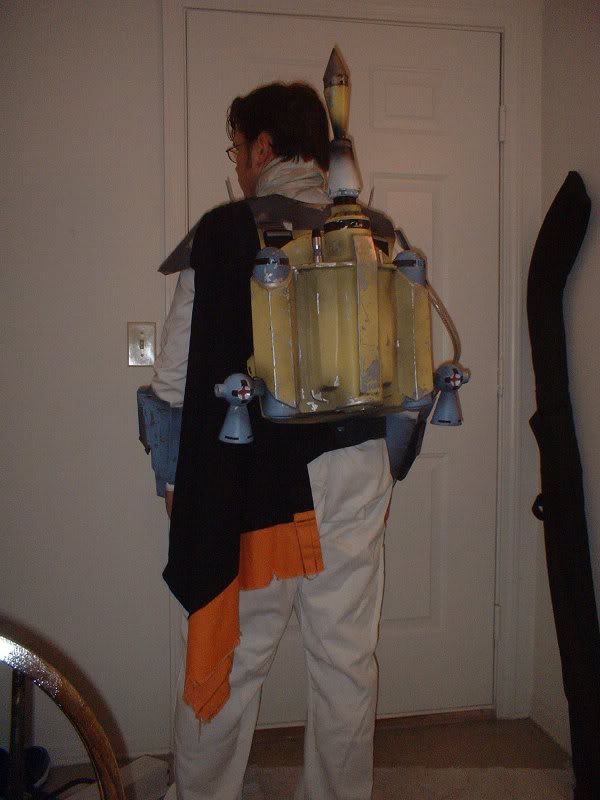 Next major project is to get a helmet. I think I've decided on one, but I just have to save up the money for it. Next minor thing is the gun belt, but I want to get a pistol first so I can make the holster around it. I want to get an ESB pistol. Any leads on a B-grade ESB pistol? I don't mind doing work on it because I'm probably not going to use it much, it'll just be a holster warmer.

I'm making a mold right now for my knees, and I'll be casting them up in fiberglass for myself.
F

looks pretty cool. nice to see something different. way to think outside the helmet! 8)

Nice job. Did you make the armor out of Sintra? The weathering looks really great. I would pat you on the back, but those spikes would hurt!

Yep. The armor is made out of 3mm gray sintra. I cut it out while Fetthunter heatformed it for me. Don't worry! Those spikes are coming off soon!

I think I'm gonna go ahead and raise the jet pack by an or so.

Everything looks great to me.!!

...jet pack looks about the right height too. The tip of the missle is right around the height of the top of the helmet so keep that in mind.

Ok I just raised the jet pack a little over an inch, and it's now exactly where I want it. I took helmet height into consideration, though the rocket already looked too high previously, but that was because of the semi- fish-eye view of the camera). But I also wanted to show some of the top of the backplate to match up with the over-the-shoulder shot from the HS.

I also primed and put rub-n-buff on my bottom harness buckle to simulate the US Divers buckle. So whenever it peaks through, you'll see it. 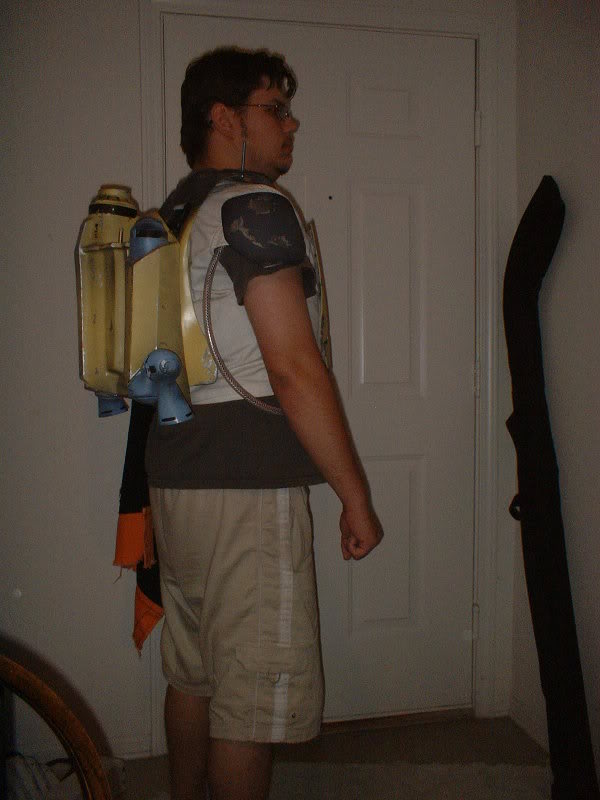 The suit is coming out sweet good detail on the armor and the jet pack. "Looking Good"!

I can't wait to see it done!

Here are my collar studs. The gnurled bit is a Coax connector with the head cut off. 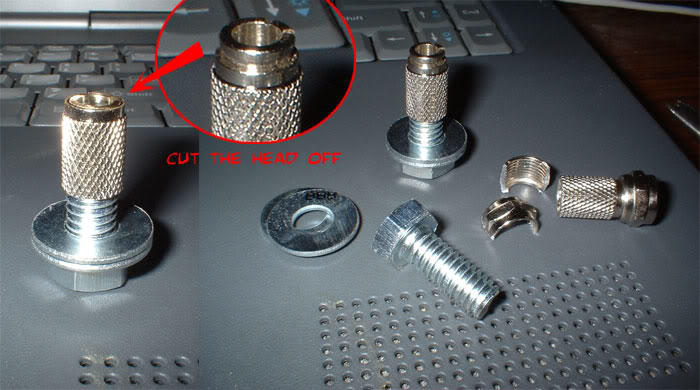 This is really awesome. I am impressed by how you adapted the cartoon colors to a real suit