TDH PREMIUM MEMBER
First off, these are mostly screen caps taken from a youtube video published by DAPSMagic on youtube.

The suit... actually looks pretty decent. It's a mix of parts from different suits. The helmet does not have the correct, stepped rangefinder stalk. The left gauntlet has the longer "flame thrower" section seen on the S2 Mando suit, but it does appear to have the correct rocket design. The chest armor might be vaccuformed as the edges appear to be rounded over rather than a flat piece attached to a foam under layer. There's also a crease or fold in the bottom of the right chest plate. The left chest display was lit up and animated. Only 1 shoulder key stud per side instead of two.

The rocket pack looks pretty decent with lots of detail.

Overall, pretty impressive for a park costume in my opinion. 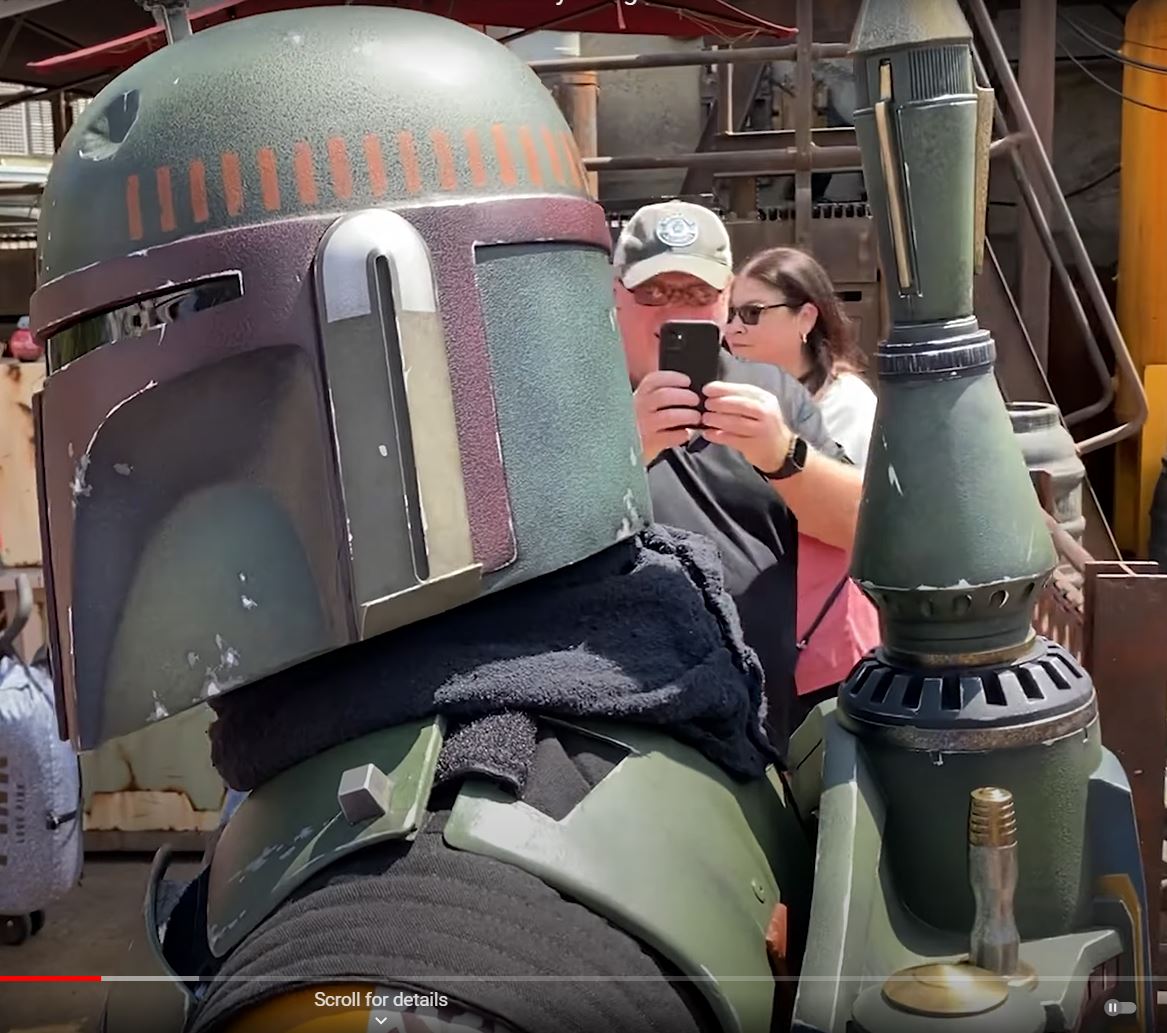 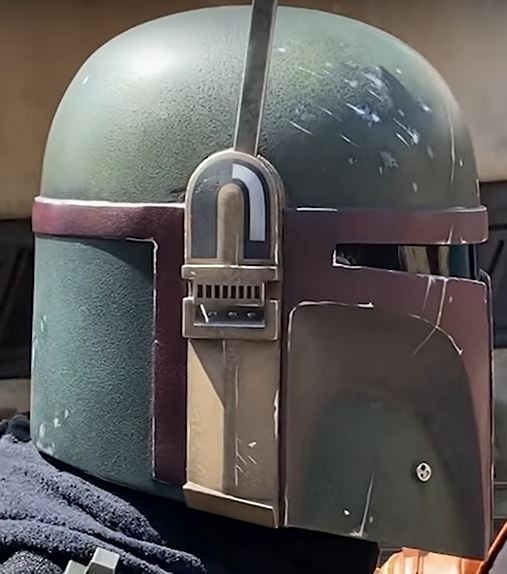 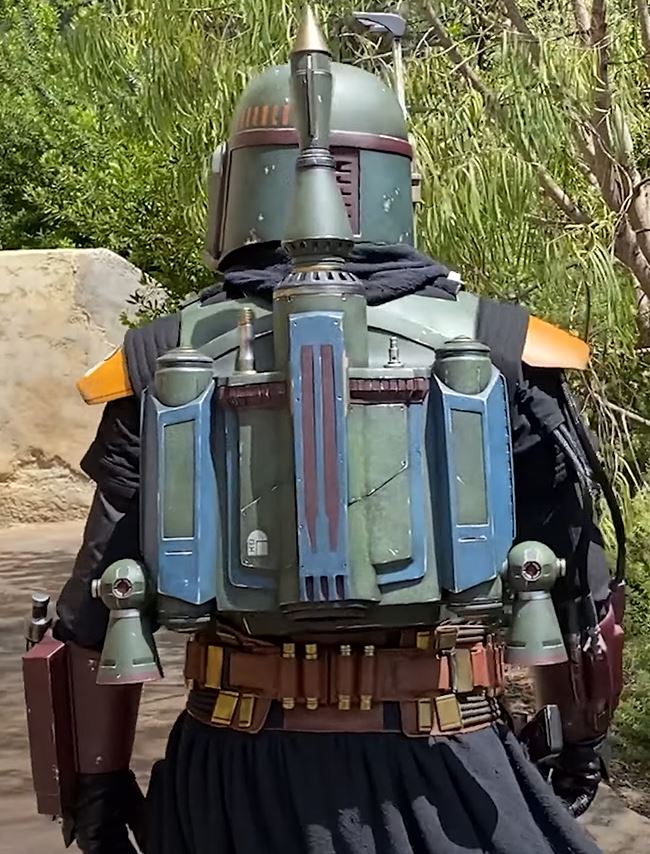 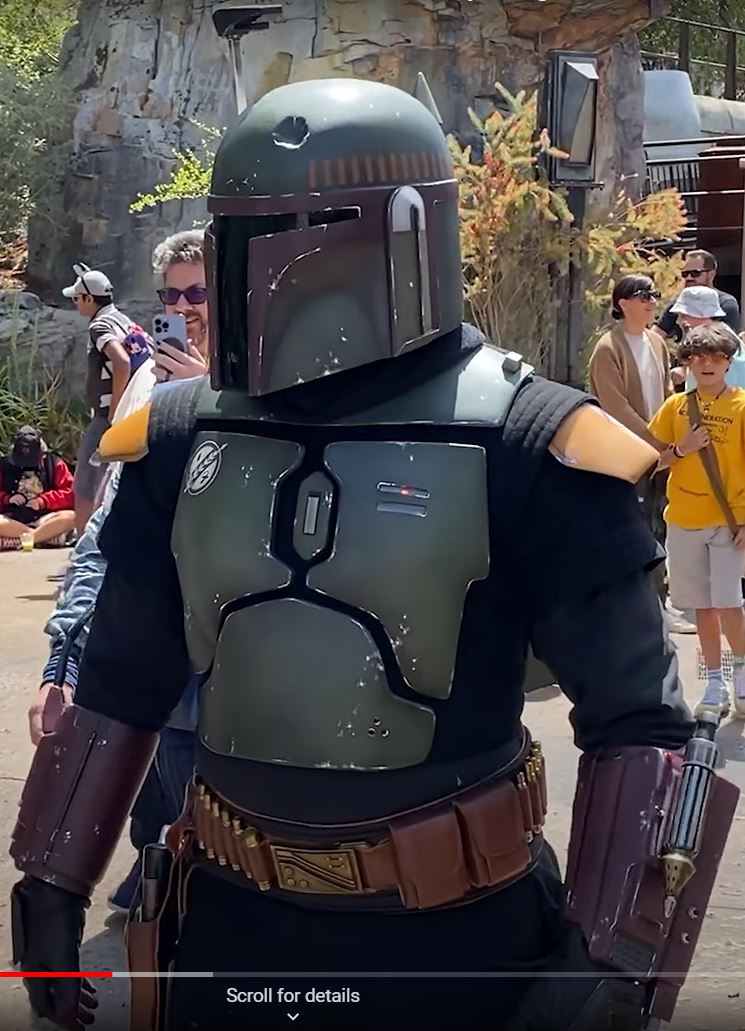 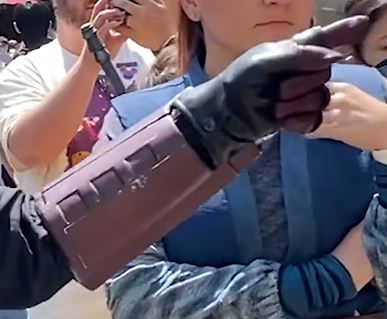 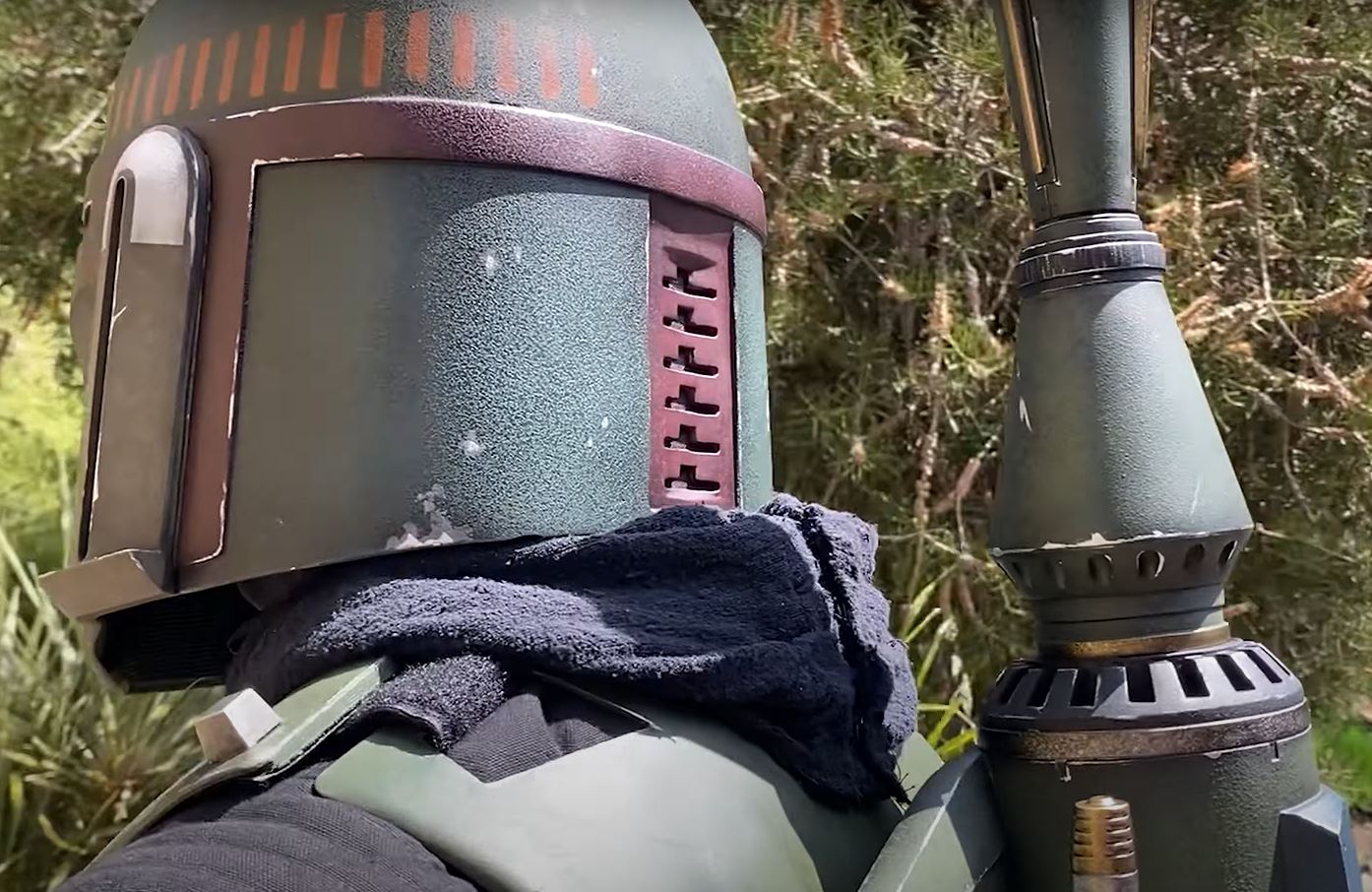 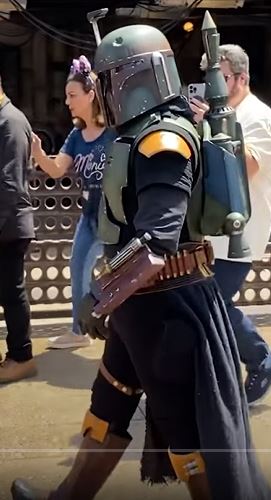 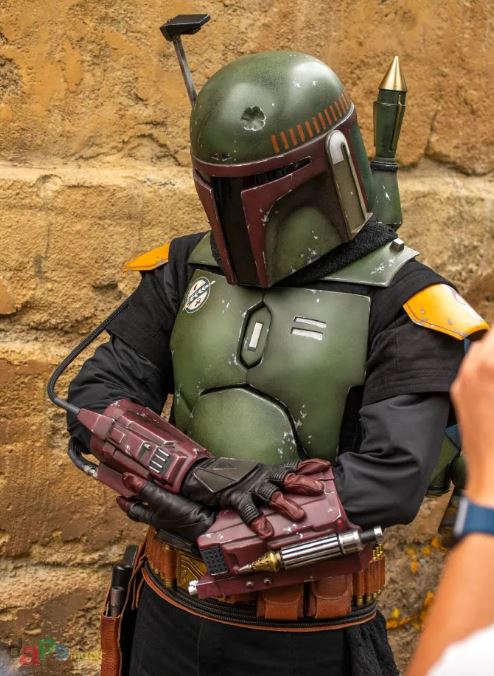 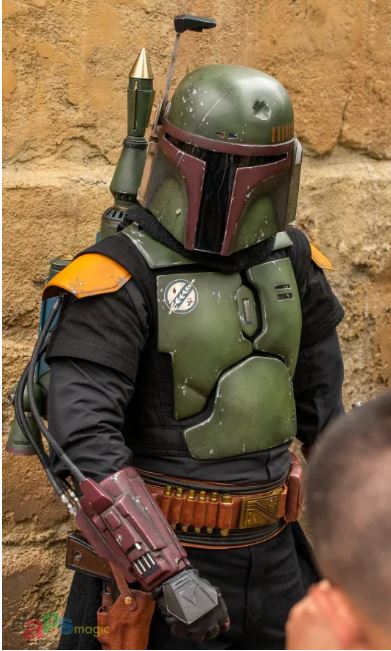 TDH PREMIUM MEMBER
It does look good and they got the chest logo correct!

I hope we get Boba in Batuu East!

TDH PREMIUM MEMBER
I think they said that Boba and Fennec wouldn't be coming east... because east has the Starcruiser docking platform. Something about not needing the presence of a Daimyo there with all the First Order troopers protecting the place.

what is the most accurate book of Boba Fett helmet ?

My first Go at Boba fett!

what is the most accurate book of Boba Fett helmet ?

My first Go at Boba fett!