I thought I would share how I prepped my vest and attached the wookie braids - pictured is a BatNinja vest.

The initial steps aren't captured in photos, but here is what I did to prep: I put the vest on a mannequin and placed my collar/backplate armor where I want it to rest and then with a pen I outlined where the two upper back plate horizontal openings are.

I am using a BigDane harness::. I laid the flak vest down on a flat surface and then centered my harness over it with a few inches from the bottom (I wanted to have enough coverage to keep any aluminum from the harness as well as the scuba buckle from peaking out of the bottom of the vest) and with a pen outlined two vertical openings for the sides of the lower bar of the harness to exit the vest. I marked 3 hole locations on the right shoulder to snap in some eyelets and one where the electronics for the left chest armor wiring will pass through the vest. I recommend marking the hole for the chest leds when the armor is in the correct position.

The pics I have start after this stage and you can see the stitched back openings and the snapped in eyelets.

The next step is really simple:
All you'll need are some * zip ties * washers * scissors *

The washers are optional - If the female end of the zip tie is bigger than the eyelet opening you won't need to use a washer.

I used standard hobby shop eyelets which run a little big - the zip ties I had lying around in the garage would pass through the opening so I added some washers that were big enough to not slip through the eyelet openings and made sure the female end of the zip tie wouldn't slip through the washer opening - I find that the added washer secured the smaller zip ties around the braids very nicely.

Needle the zip tie through the washer and then through the eyelet from under the shoulder;
Wrap around the wookie braids and then needle back into the eyelet;
From underneath the shoulder, needle the male end of the zip through the washer first and then through the female end of the zip tie and then only tighten midway;
Do the same for the other openings;
Not tightening all the way at first allows you to position the braids how you want them centered (I centered the black, moved the gray longer in the back, and the blonde longer in the front - I think that is how I saw it laid out in a reference photo in the past).
Once in the correct position tight the zip ties all the way and cut the excess. 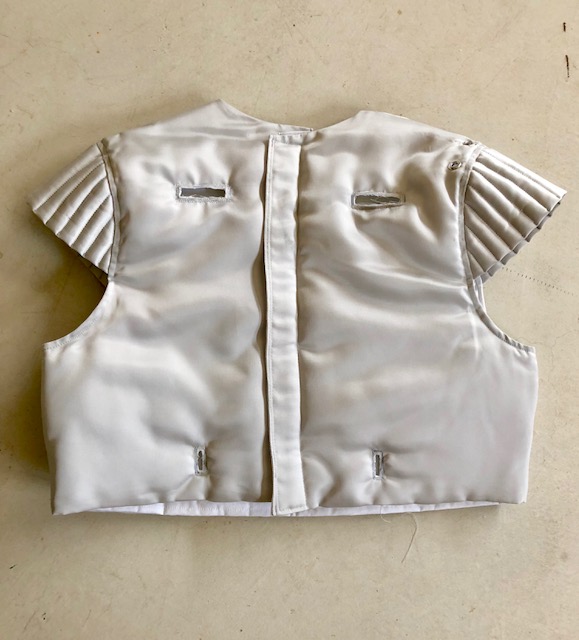 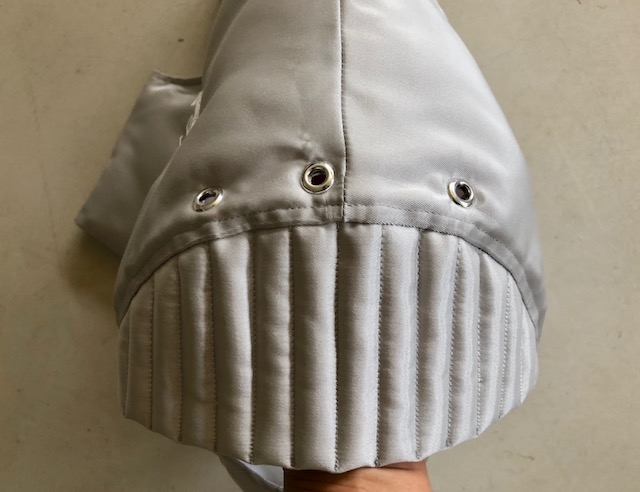 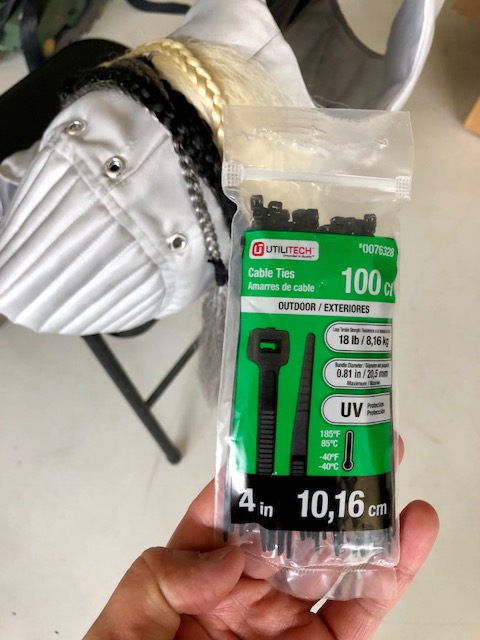 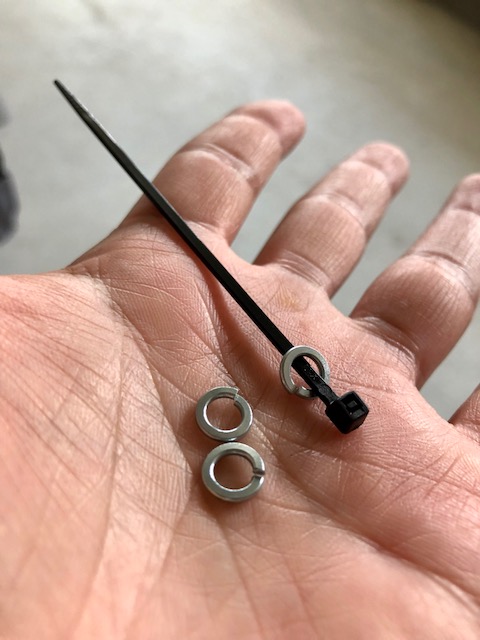 Here are some additional photos of the last steps. 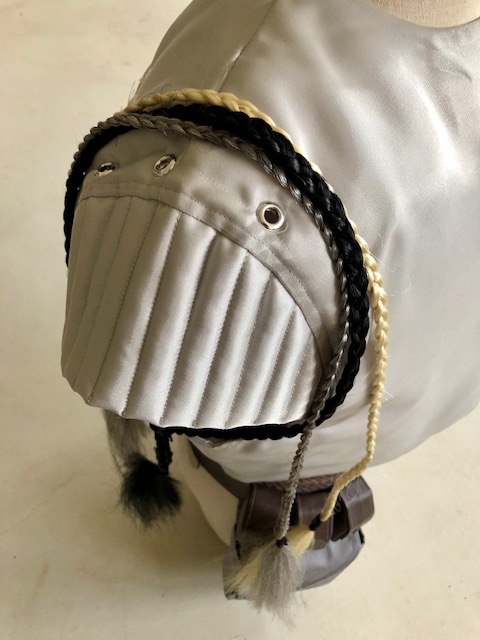 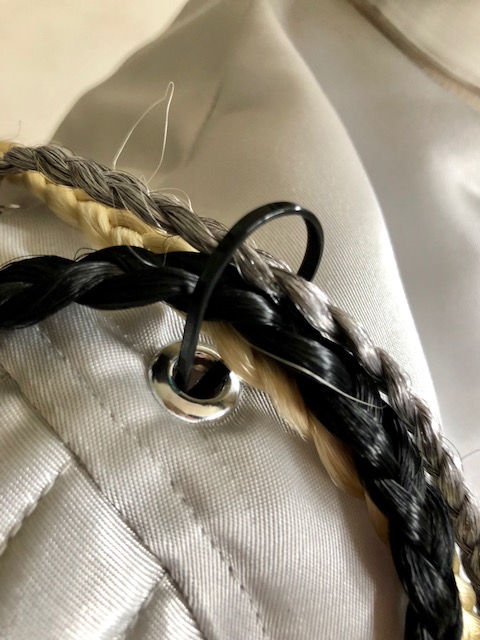 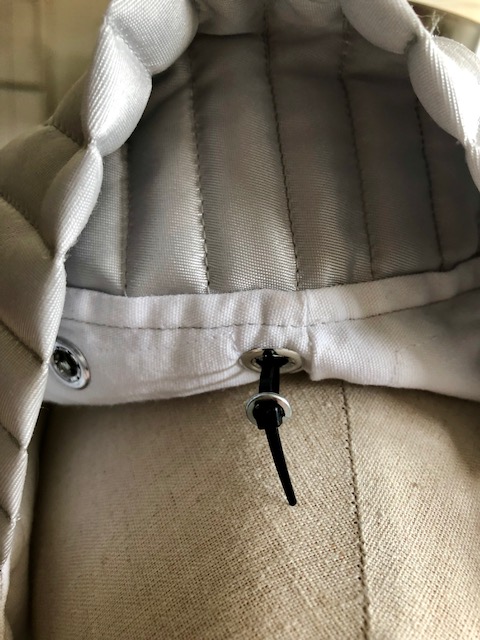 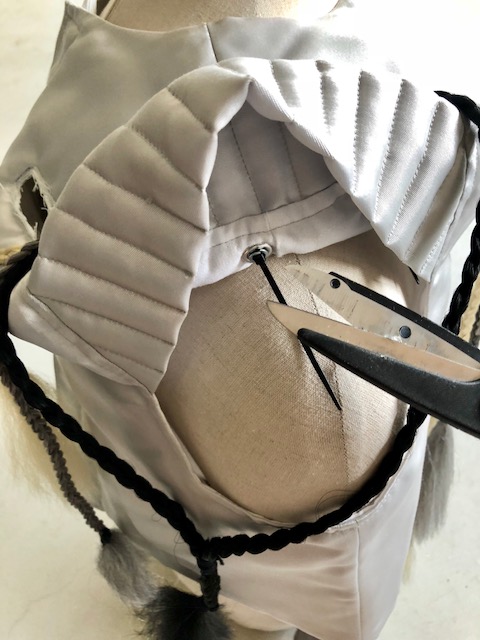 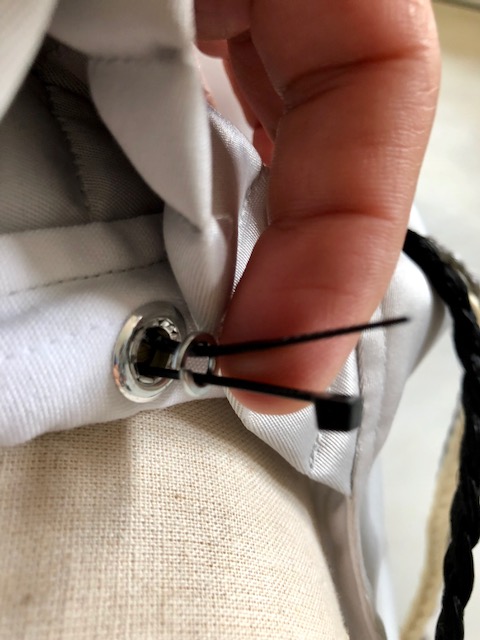 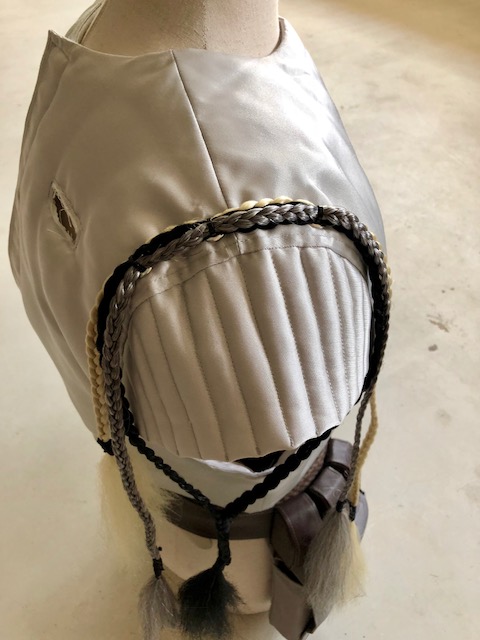 Great technique. I think I'm gonna use this one for my vest!

Fettology said:
Great technique. I think I'm gonna use this one for my vest!
Click to expand...