Finally started on my JP.

I finally got the motivation to start on my JP. Wow! I didn't know what I was getting myself into. I bought it about a year ago off of someone on E-bay that said, if I remember correctly, that they did not have the skill required to deal with it. I believe, again, if I remember correctly, it said in the auction it was made by "someone" who I now know to be permanently banned from TDH, for recasting... I think. It is resin, and full of thick and thin spots. The outside wasn't too awfully bad but there was one pretty bad problem on the bottom (Pics attached). The inside looks like someone stood back and threw handfulls of resin at it. But I decided to use it anyway. I would have felt really bad dumping it off on someone else. If the person who actually made this is on here still... I'm sorry... but why would you sell something like this?
Anyway Here are a few "so far" pics. I have more done but my cam took a poop so these pics are all I can share at the moment. 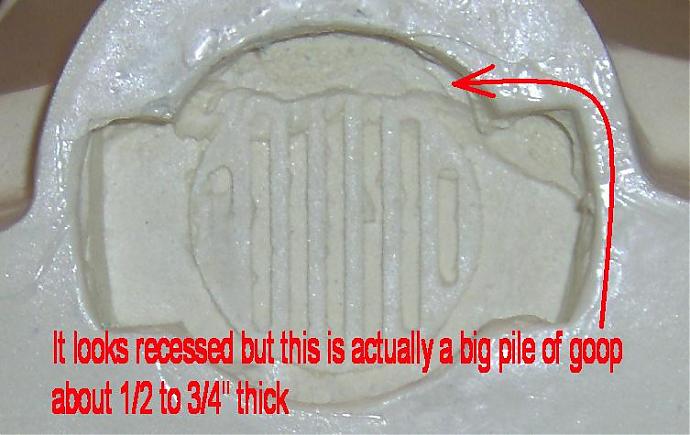 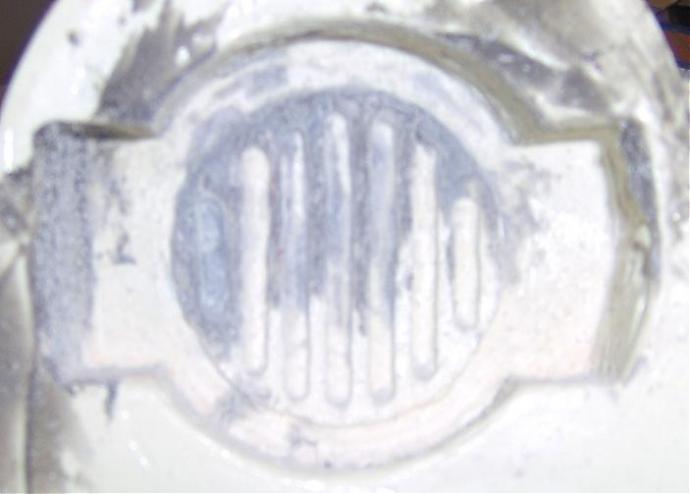 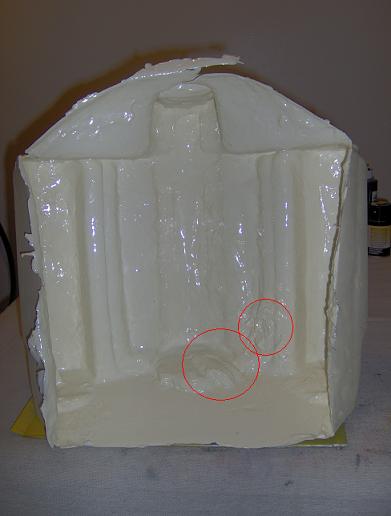 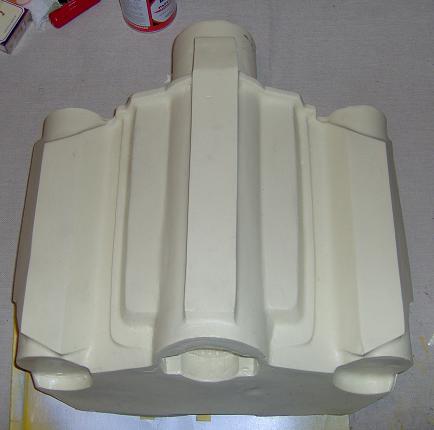 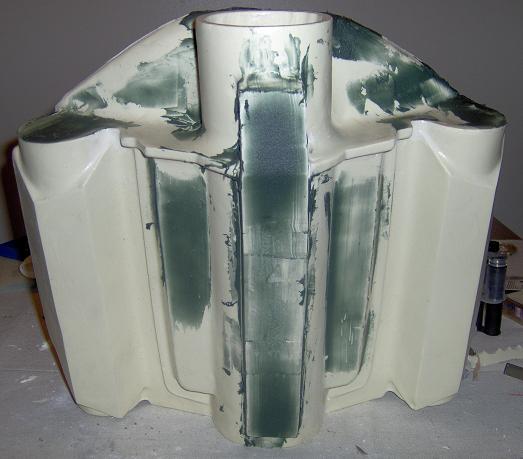 Why don't you just cut that exhaust out and scratchbuild a new one? should be pretty straight forward and make it look that much cleaner.

I considered that, but I decided to try and fix what was there first to test myself a little. And... I'm on a kind of tight budget now too, I haven't found anywhere nearby to get what I would need to build it either. Still trying to find somewhere in my area that sells sintra. I need to build back and butt armor to complete the rest of the armor. However, that second pic is after I had just began to re-shape. It looks much better now. I will post new pics when my cam is replaced. Fortunately, it was under warranty so they are sending me a new one for free.

BTW... can anyone tell who the original builder was. Not the re-caster. the rocket is a little mis-shaped and I would be interested in a new one sometime in the future.

I think it is recast of MB jet pack. PM me if you need more info.
J

Hey I like your progress so far! Just outta curiosity, how much does that :jet pack weigh?

Perhaps I'm wrong....but the intake screen detail gave it away.

I'm holding in my hand that very master model screen and it's dead on to the photo..


Bound to happen I guess..
G

The exhaust is a major improvment. Keep it up

The exhaust is a major improvment. Keep it up
Click to expand...

How did I ruin MoW's day? I just got the new camera today maybe I'll throw up some newer pics later.


Jimmy BufFETT said:
Hey I like your progress so far! Just outta curiosity, how much does that :jet pack weigh?
Click to expand...

I'd say at the moment it's around five pounds but will probably closer to 10 or so by the time I get done.

Oh yeah, the rocket is in two pieces if that helps ID it. It also has the little greeblies for the bottom.
G

I was kidding, where MoW said it looked like a recast of his arena JP

Here is a new pic of the exhaust. I'll probably leave it as it is for now, it's not perfect but it's better than it was. Eventually I'll probably replace it. You don't really see it anyway. Here are pics of the jet pack with rocket and just the rocket too. 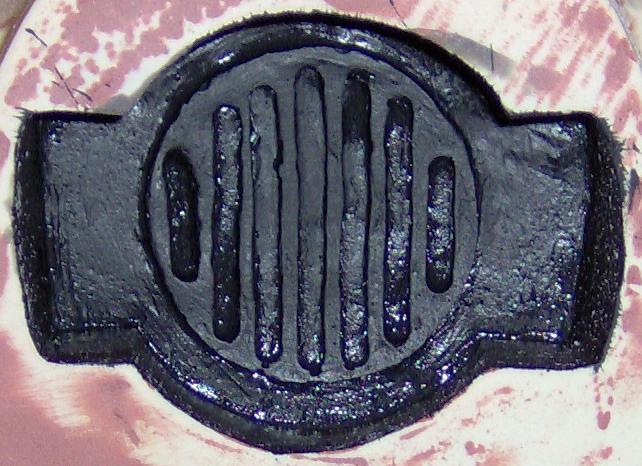 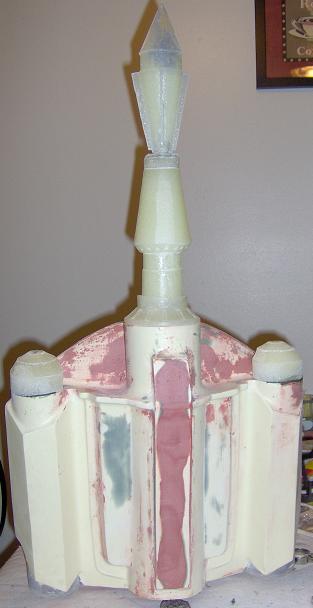 Ran into another small problem. I received two thrusters for the right side. But I got it fixed now and am back to work. getting ready for paint. I hollowed out my resin beacon too. I plan on putting a light in it. Any suggestions on what color led I should use? In ref photos it looks kinda amber-ish.

I could probably laser cut you a little exhaust.

GCNgamer128 said:
I could probably laser cut you a little exhaust.

When I do replace it, and at some point I will, I'll definitely keep this in mind. Thanks.
Click to expand...

I started painting the other night, after making some of the blocks that go at the top. I know there aren't enough but it just didn't look right when they were smaller. I painted the rocket but discovered that it was full of surface air bubbles that you couldn't feel but showed up really bad after painted. So I'm working with that now. Here are some pics of the main unit. I know the beacon leans, but since it's resin I'm gonna try and carefully heat it with a heat gun and bend it a little. 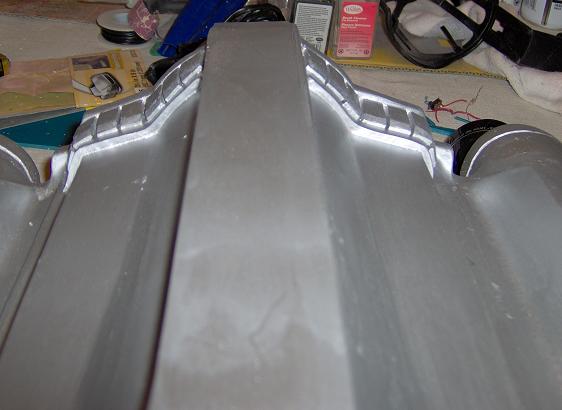 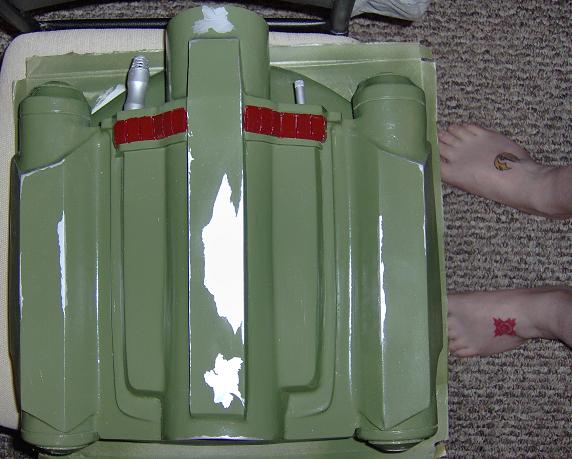 Community Staff
you have tattooed feet. ah, the power of observation! the jp is looking pretty good too

saint_nasty said:
you have tattooed feet. ah, the power of observation! the jp is looking pretty good too
Click to expand...

Yeah the symbols for the old Jedi and Sith orders. Good eye.

I started weathering the JP last night I will be putting up some more pics later.
I

Ion_Cannon_Gunner said:
where did you get the beacon
it looks like a tv cable connector
Click to expand...

The beacon is resin. I hollowed it out and screwed in one of those hollow, threaded lamp parts so I could run the wires for the light through. I used that and a nut for attachment to the JP. I have it done now... all except the harness here is the thread... http://www.thedentedhelmet.com/showthread.php?t=17635

hey does anyone know where I can get accurate jet pack dimentions....it would be greatly appreciated....

Finished my Pulce this morning

Finished my Pulce this morning