Fett in Quarantine, leads to a 501st hookup lol

So to inject a little levity into the current state of going to the grocery store... I decided to wear part of my kit. I'm In los angeles and our mayor has stated that anyone going to an "essential business", like a grocery store, has to wear a face mask. Well... if you insist, Mister Mayor. So I thought I'd wear my helmet (hey, it's a face shield after all), chest armor/backplate and my gloves. I was worried that I'd get kicked out (it was a major store, Albertsons)... but when I walked in the employees at the checkout aisle started laughing, people started pulling out their phones and taking pics... and everyone thought it was amusing seeing Fett pushing a shopping cart down the baby aisle to get baby yogurts, daipers and a peppa pig coloring book. The manager walked up as I was getting hot dogs and asked for a selfie, and when I was checking out, the kid at the register told me that someone came in dressed up as Batman the day before, but that Boba Fett's way cooler than Batman. I agree. heh.

So the following day I got a text message from a friend, saying that my picture had been posted to the community's facebook page by someone. I joined the group so that I could thank the person for posting it, some other guy asked if I was in the 501st, I said no, but I'm almost ready to submit for approval. He asked me to send him a PM, and it turns out that there's a facebook group of 501st and rebel legion members in my area!!! 35 members in my little valley!!!!!

Now, because of the randomness of deciding to go to the store as Fett, and having someone post that picture of me getting eggs, I'm in a local 501st facebook group, one of the members is an ROTJ boba fett, and has been messaging me questions about how far along I am in my build, what I still need to do, giving me advice, offering to have me send him pics of me in my gear so that he can critique it for me before I submit for approval.... it's all pretty danged awesome 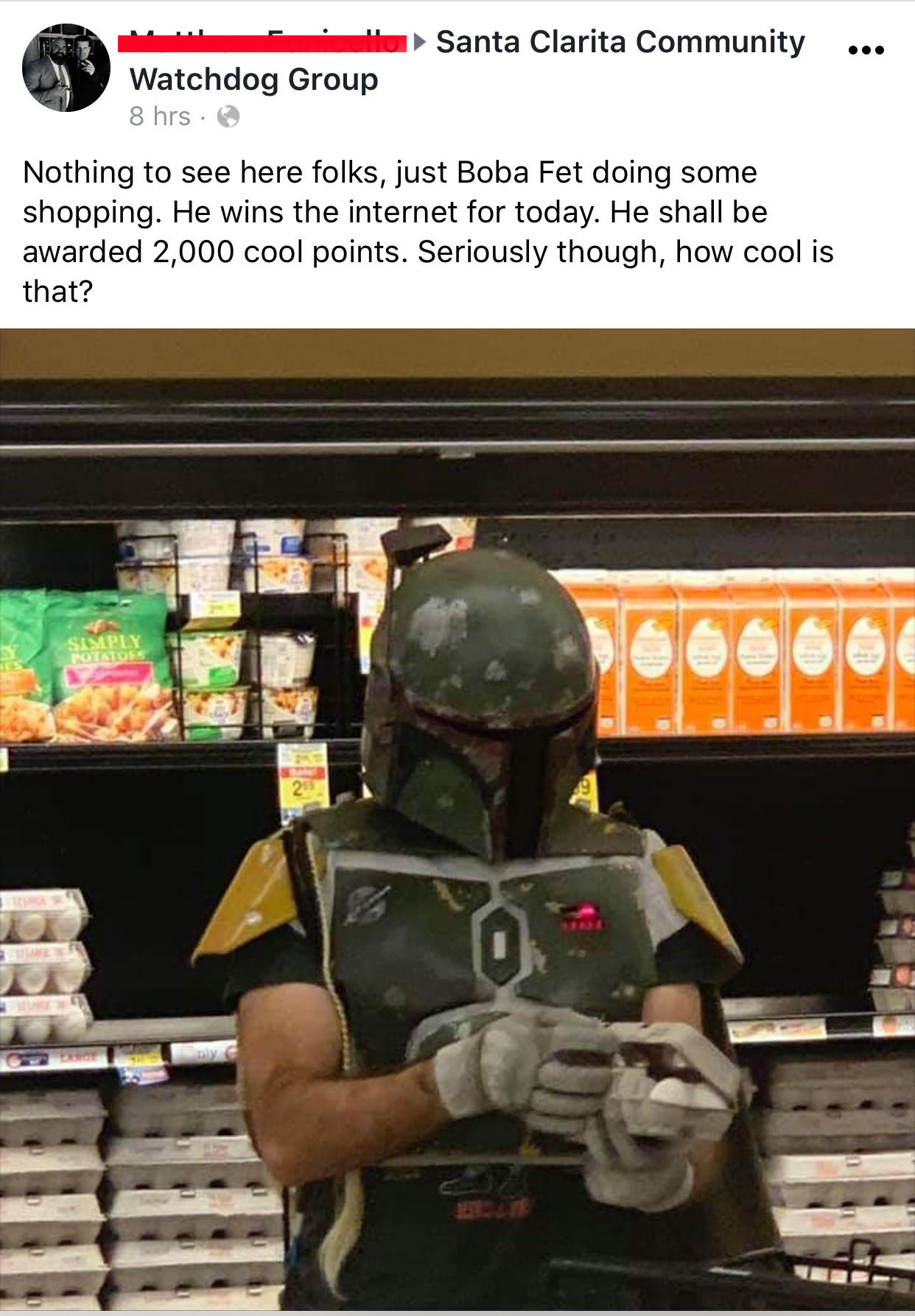 Great story and photo.
It’s always good when you are able to connect with your local 501 group. I’ve been enjoying getting to know mine while building my kit. They have really helped me get over some hurdles with my kit. 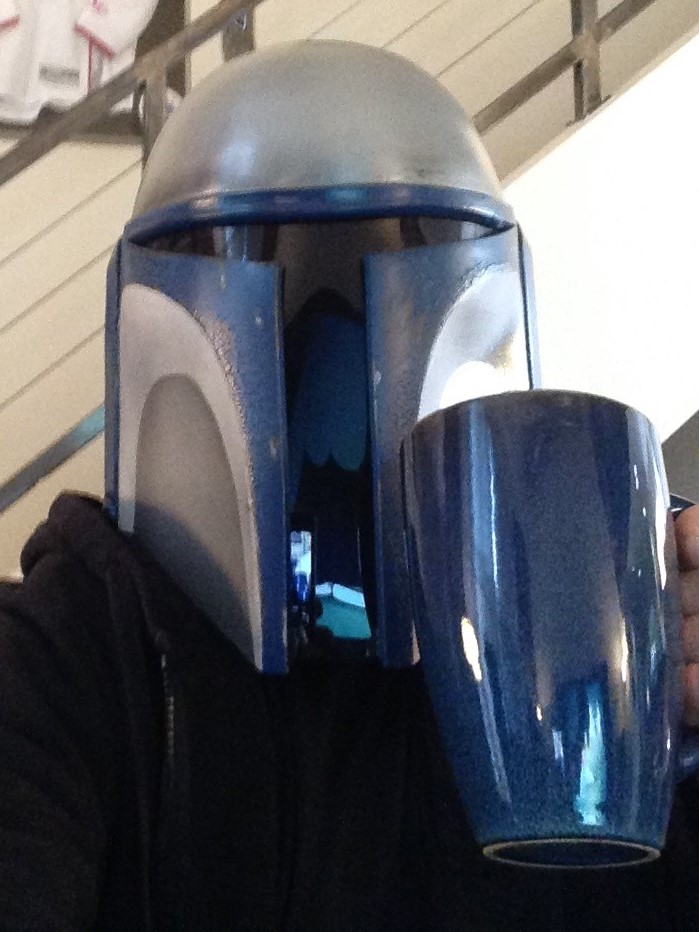 dosent look to easy to drink through...

iwantajetpack said:
dosent look to easy to drink through...
Click to expand...

It is the way

oceanrealms said:
It is the way
Click to expand... 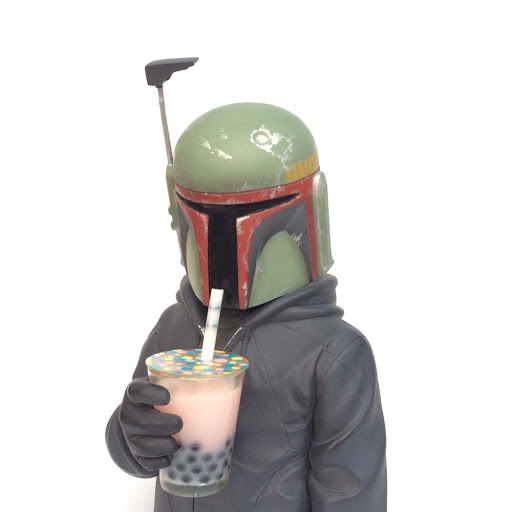 GeekdadX7 this is cool
The Idea actually came to my mind, too, but i didnt have the guts to pull it off. Strange if you think about it. After all nobody will be able to identify you. lol