Hey it looks like this is the place for this! I have been getting some more interest in this, and since I will be pulling some this weekend for some folks, I wanted to see if anyone else is interested. Check the Vhonte thread if you have not seen this or want to see more pics. The black one is off the new and improved sculpt, there is more room for cutting and sizing, better edges, more even. The primered pieces are off the old one, basically the same idea. Obviously the plates are not all lined up on that pic! Thanks! 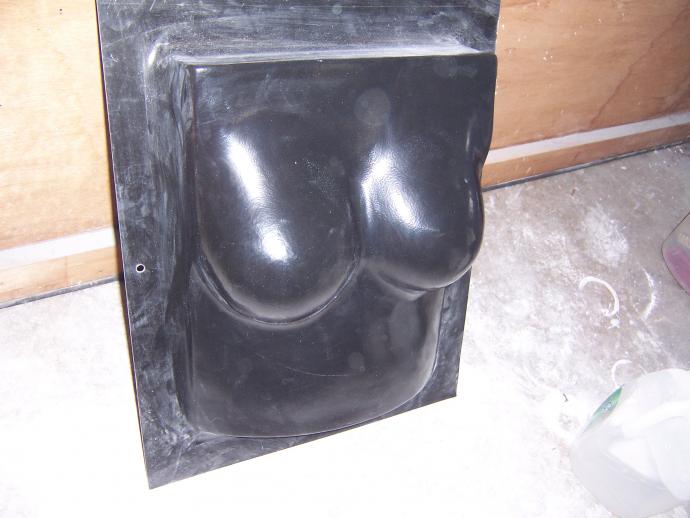 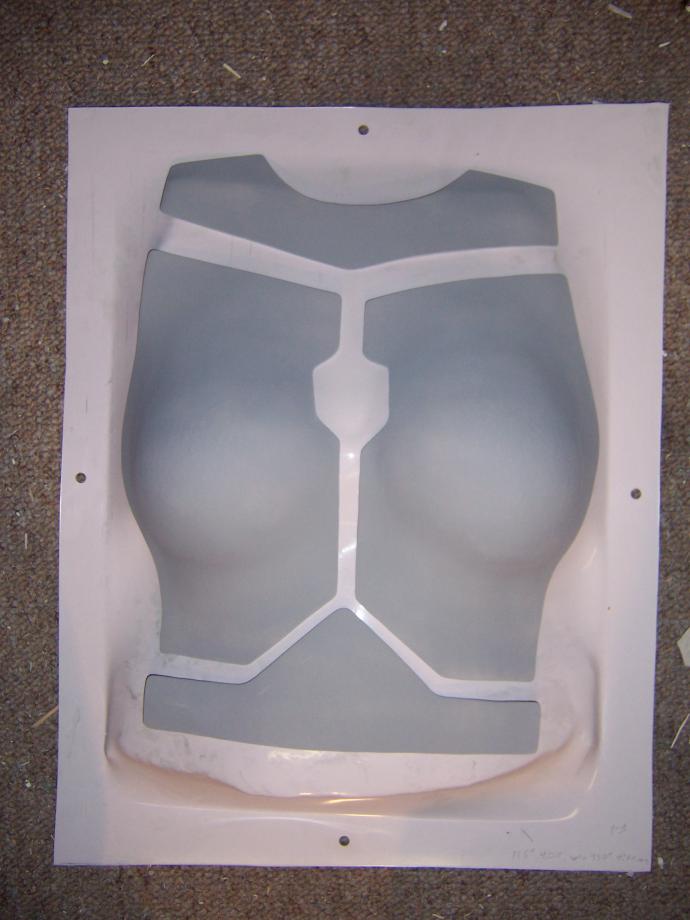 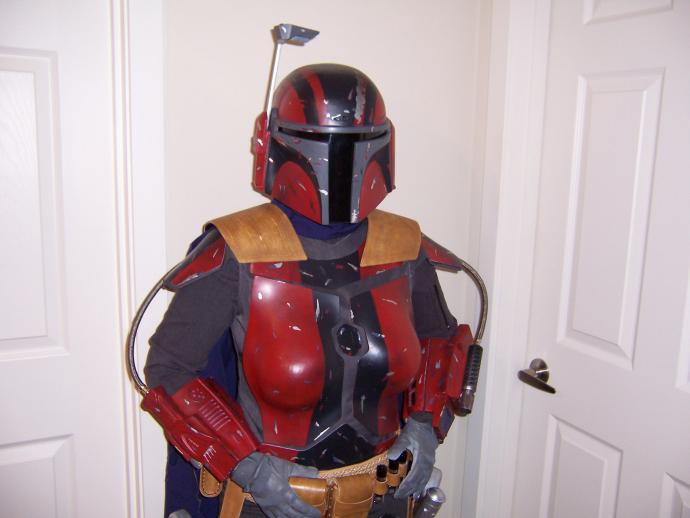 Community Staff
those are some serious boobies! those look like a good place to start for any female mando.

You know what though...you could use that for more than just fem mando if it comes as that sheet... You could use it as a base for a fem scout or Fem TK. Just add some ends! There looks to be many choices.

While I have no use for a set of that(being male), I do know people who aren't on these boards(who are female) who may want that.
R

Ok to answer some questions:
It is .093 ABS. I have and can pull the thinner ABS, obviously more flexable but not as thin as styrene.
The cupsize was made for a DD, more like a D now, but with the undersuit and vest, it won't be that close fitting anyways.
Yes I can cut/trim it for you, or to your own pattern.
I would probably cut the sides just to have the front, would thin it out for shipping, but can send it as is.
Yes it could work for what ever project you are working on! I would be curious to see it cut down to some sexy armor bra type thing!
The paint was based off the Insider pics, the artist named her "Vhonte Thervo", however that was before the figure "Rav Bralor" came out, which is just about the same thing.
Any more questions just ask or PM me like some have. I don't get the chance to do these often, so thats why I was throwing it out there to see how many others are interested before I get to it!
Thanks!

Hey Rotton could we get a view from the pull sitting on it's side? Want to get a idea of how much material is on the side to play with. Also I'm intrested in getting a pull, but will PM you about that latter tonight.

Have a good one,
Hagen

Hmm. I'm certainly interested. My attempted set of "boobie" armor left me with a C or so, which is way too small for me.
B

My wife is a small C and wears a B for good support. How hard would it be to get something like that?
S

Hydra pointed me to you after posting my custom femme Mando concept at Mando Mercs. The armor is well done and actually what I am looking for! Is the price still set at $45 plus shipping?
N

Hey guys, I've spoken to Rotton via email within the last month...and he is planning on doing some more pulls of this armor. I think he's probably in holiday mode like the rest of us, but I'll send him an email letting him know that 3 people are interested in ordering sets.
S

I had a PM back from him saying he's going to start another run and will add me to the list so that all sounds good. Just to let everyone know.

Lookin forward to recieving this then I can get started with my partners suit.
L

Thank you Novall...er...my Mandalore
B

Thank you, Novall. You have been helpful to me, since the day I joined. I have sent a pm to Rotton and he said he would get back with me. However, if a gentle reminder that there are a few of out here still interested, it would be greatly appreciated. You are a saint... um.. for a mandalorian, I guess.
S

Yeah, I'm thinking I'm gonna send a PM too... Maybe he'll get the idea there's still a few of us interested if we ask enough LOL
S

sent a PM as well to him
A

BrenSett said:
My wife is a small C and wears a B for good support. How hard would it be to get something like that?
Click to expand...

These will fit a large C to D size. I've seen them in person, and they are fairly big. The armor that is LOL!