ESB Quarantine Rattle Can Paint Up

It's been a long while, I use to be pretty active on here about a decade ago (how has it been that long?!). Between getting pulled from rotations because of COVID and waiting for graduation next month, our wedding getting postponed, and waiting to start residency in June, I figured with all the down time I would give a go at painting a Boba helmet. I ended up ordering the Rubies bucket off Amazon, and have been using Rust-oleum spray paints and masking method so far.

Before pictures after I took the helmet apart

Started sanding everything down and applied a coat of primer and then reassembled it.

Gave it a coat of silver and installed car window tint to the visor.

Was my first time using masking fluid, was surprised how easy it was to use. Decided to give the back panels a try first. Color is Rust-Oleum Camouflage tan

Second layer of masking on the back panels. I used Rust-Oleum 2x Paint and Primer Deep Forrest green.

For the lower cheeks I used Rust-Oleum 2x Paint and Primer Satin Moss Green and Black for the upper cheeks.

For the mandibles I used Colonial Red.

Finally put the last layer of green on.

Thanks to superjedi I found some Testors paint to add the gray details. I originally tried just regular acrylic paint but was too thick and left big brush streaks so I had to get that all off and try again. Hopefully I’ll get all the gray done this week. They were out of the dark red so I’ll have to add that once I order some.

Almost done adding the gray detail to the back of the helmet.

Finished most of the helmet up and masked off the kill stripes. If anyone knows where to get a rangefinder and stalk that would be greatly appreciated.

Pealed off the masking of the visor. Was my first time trying to instal window tint on the inside of the visor and got way to many bubbles in it. Will have to peel it off and try again. Still have the kill stripes to paint and to wipe off the white transfer paper lines. Figured I would also post a list of the paints I used incase anyone is looking for some since I couldn't find anything about rattle cans when I was looking. 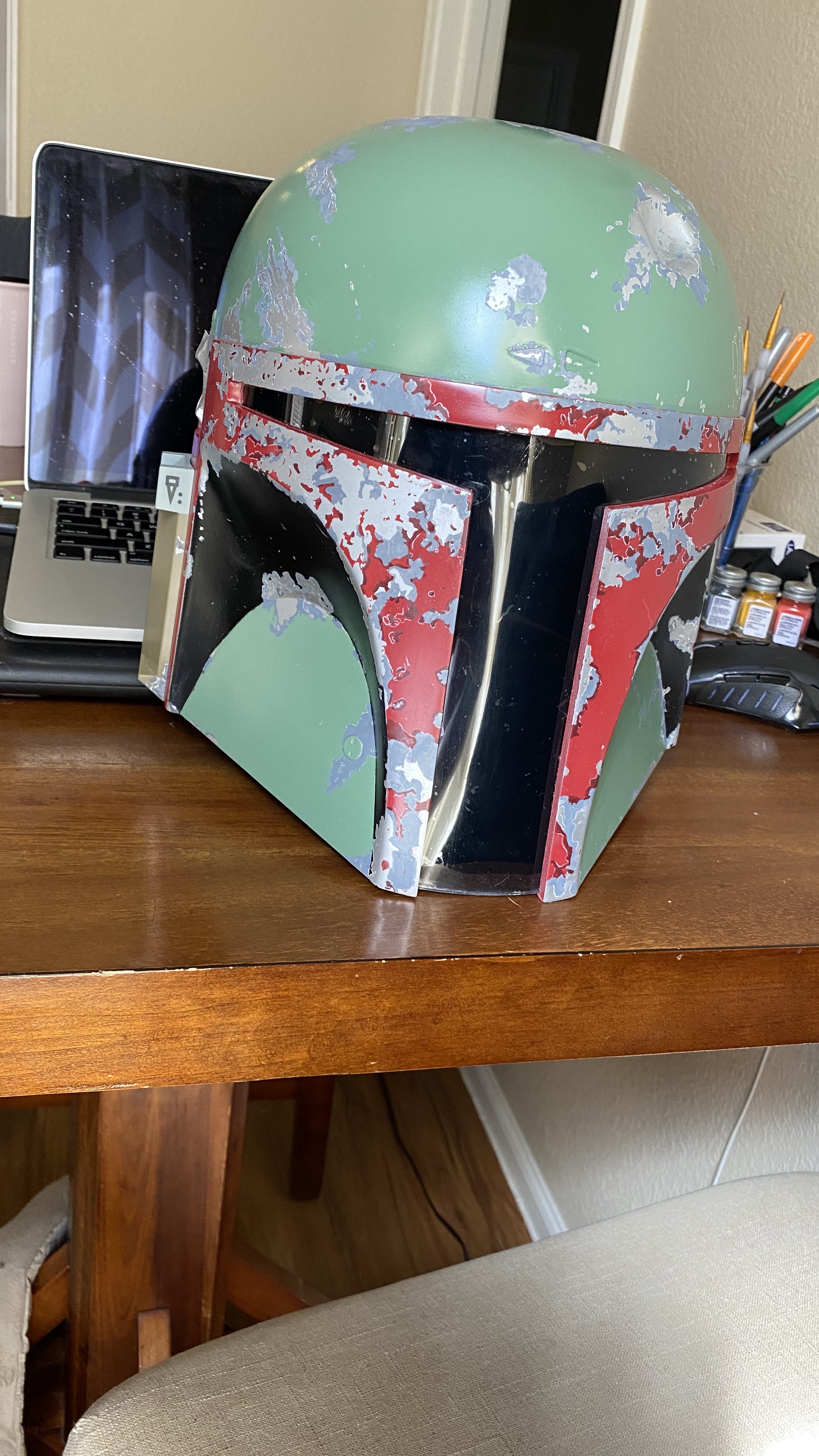 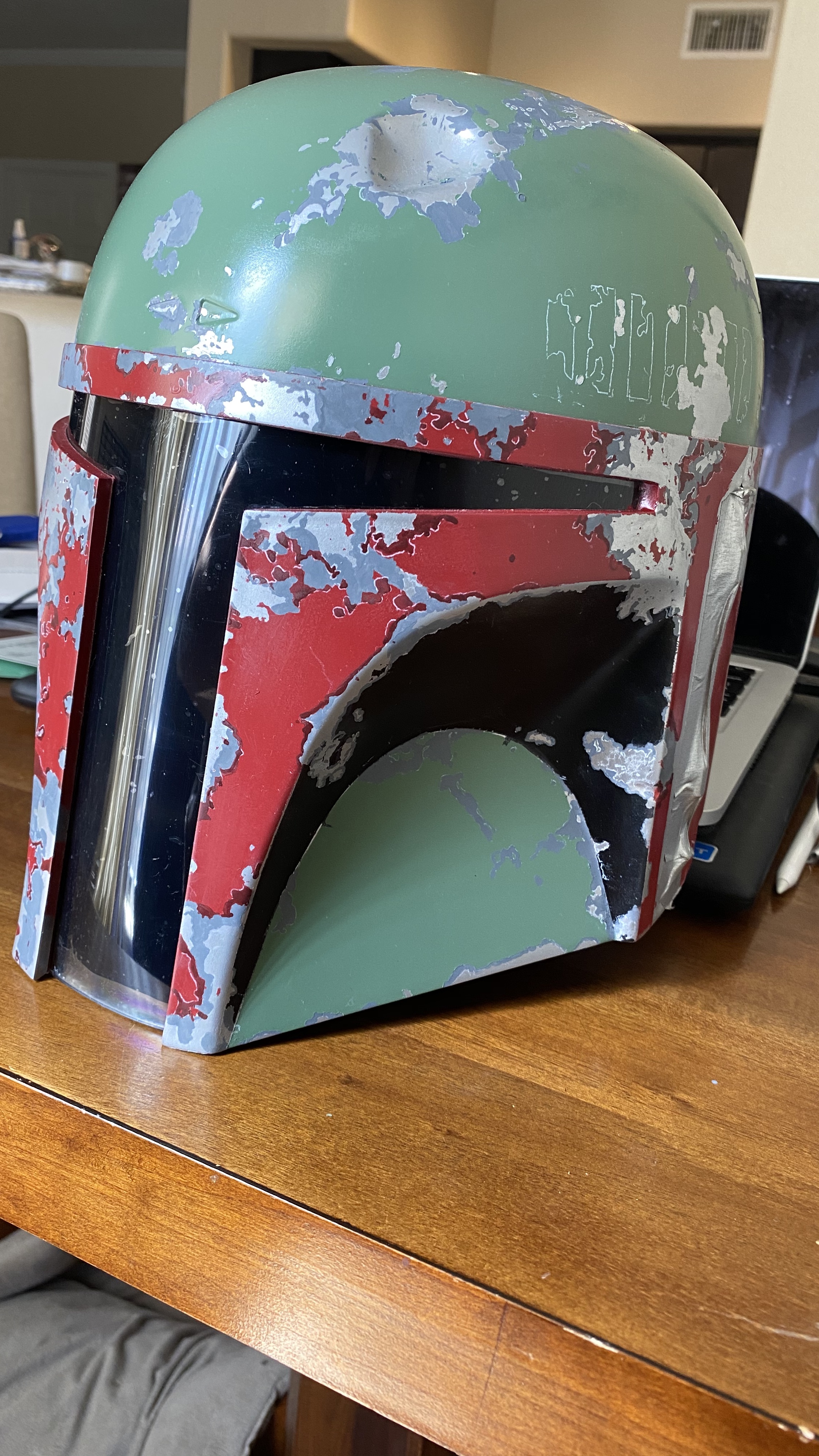 Nice work- tip for the window tint- use Windex on both the film surface glue side and the visor. This will help to squeegee out the bubbles easier. Also have a lint free cloth ready to soak up what you force out.

603Fett said:
Nice work- tip for the window tint- use Windex on both the film surface glue side and the visor. This will help to squeegee out the bubbles easier. Also have a lint free cloth ready to soak up what you force out.
Click to expand...

Awesome! Thanks for the tip, I will definitely give that a shot!

Been a little busy during the last couple weeks. Our original wedding plans got all kinds of screwed up so we just ended up just eloping. We were able to keep our original date though, Star Wars day! 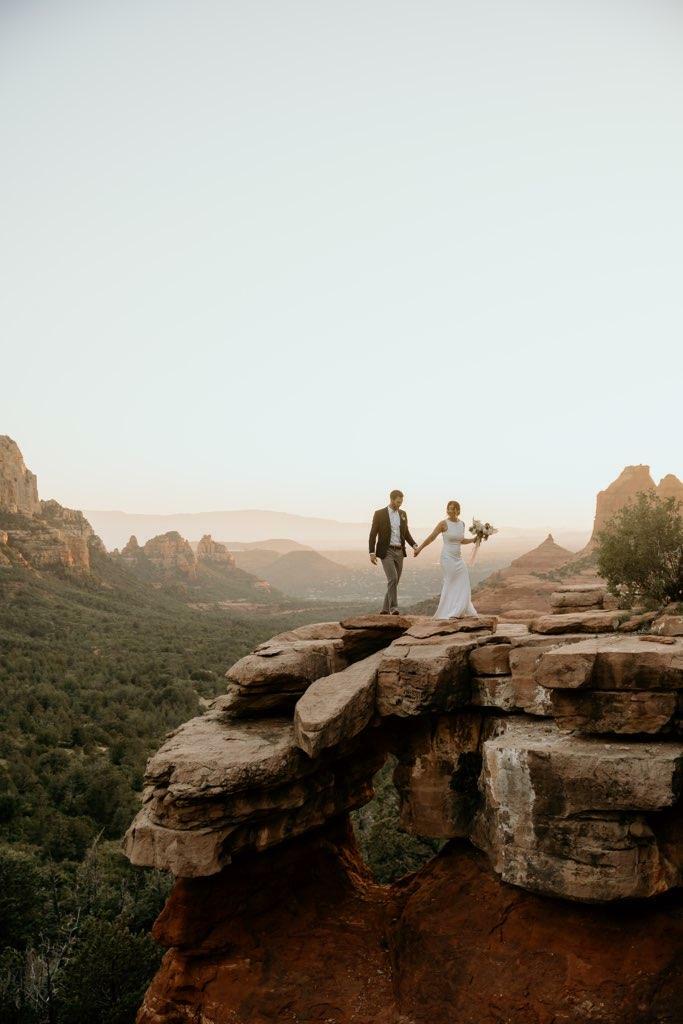 Plus we had graduation 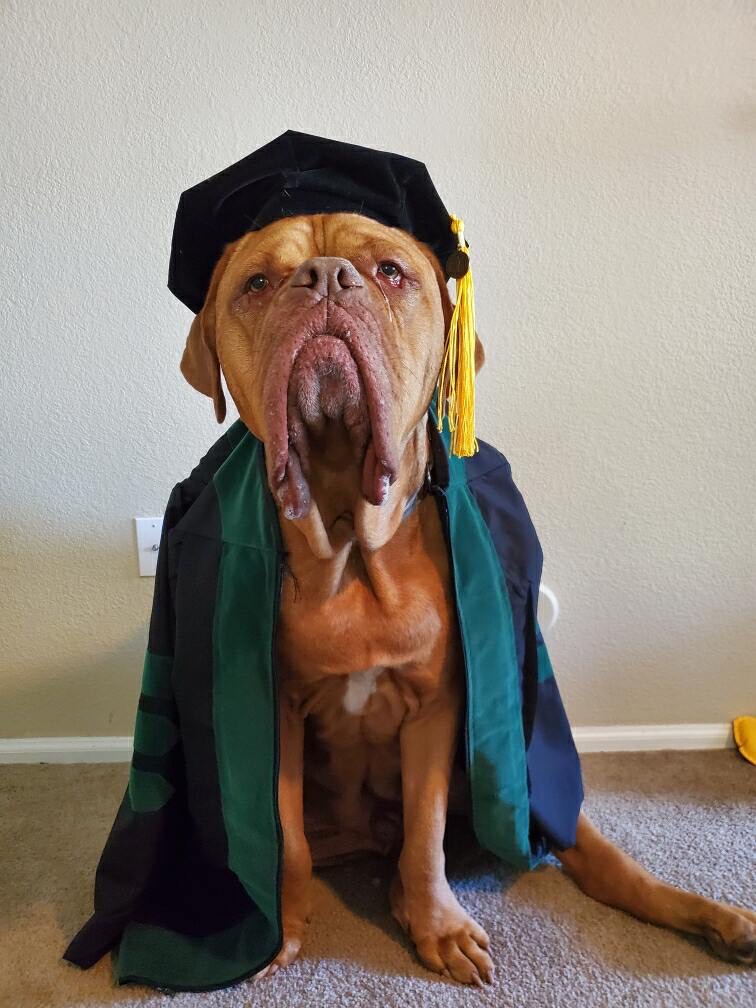 And she got me a few presents that were i figured people here would appreciate.

Did manage to finish up the last ear piece. 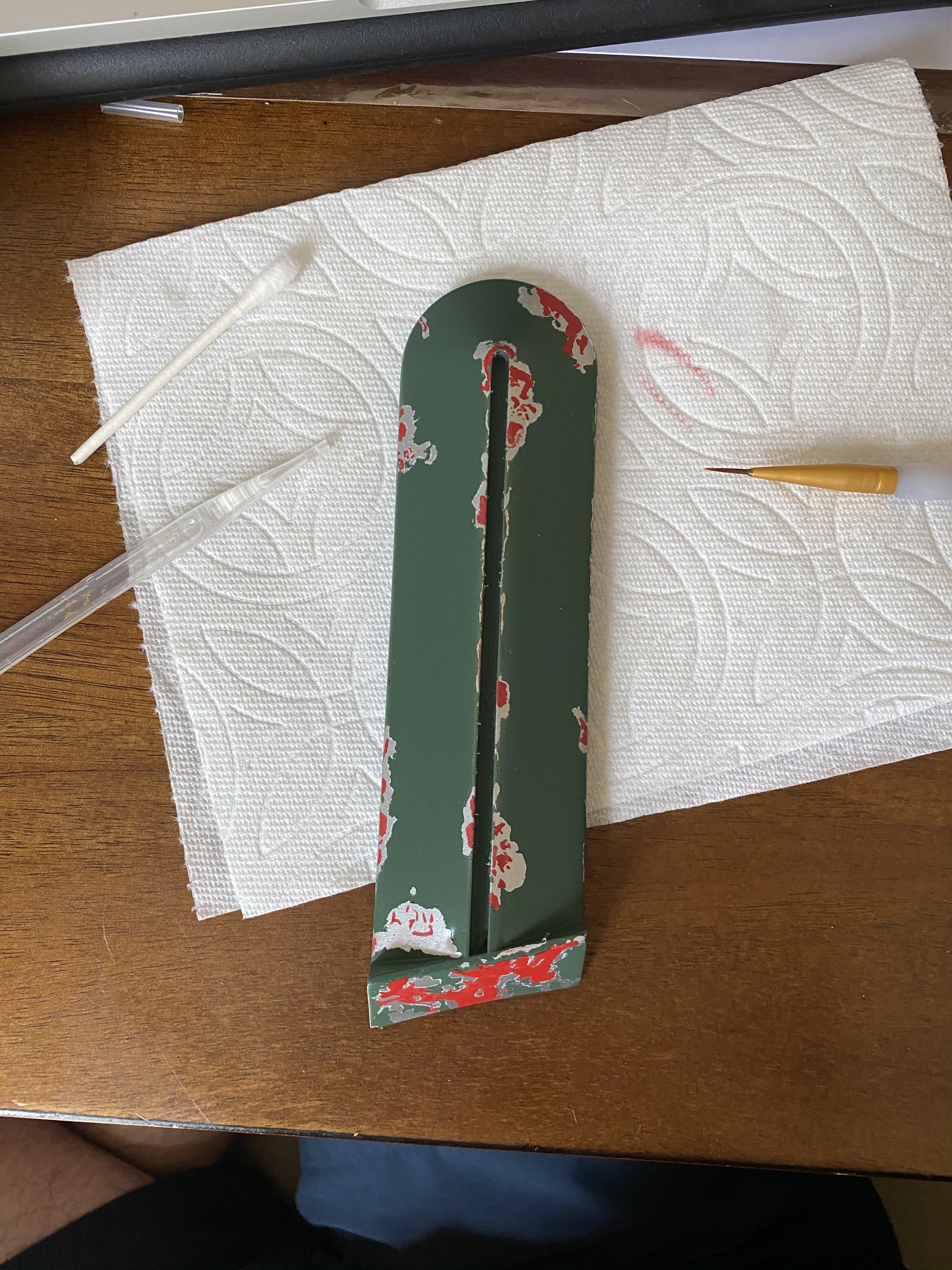 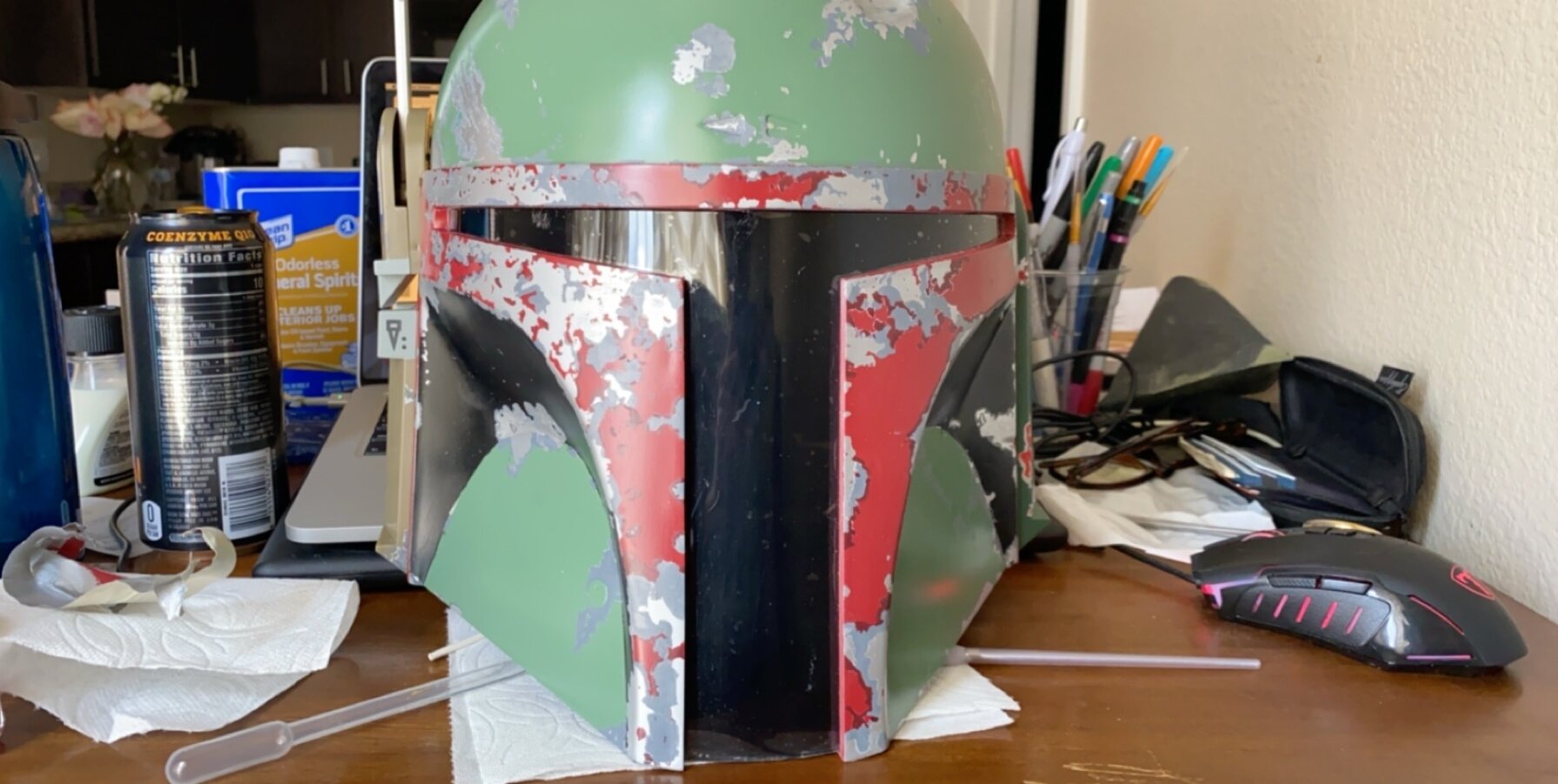 And I put the original range finder back on for moving purposes until we get across the country and I get my new one. Here's a picture with my other present from her. 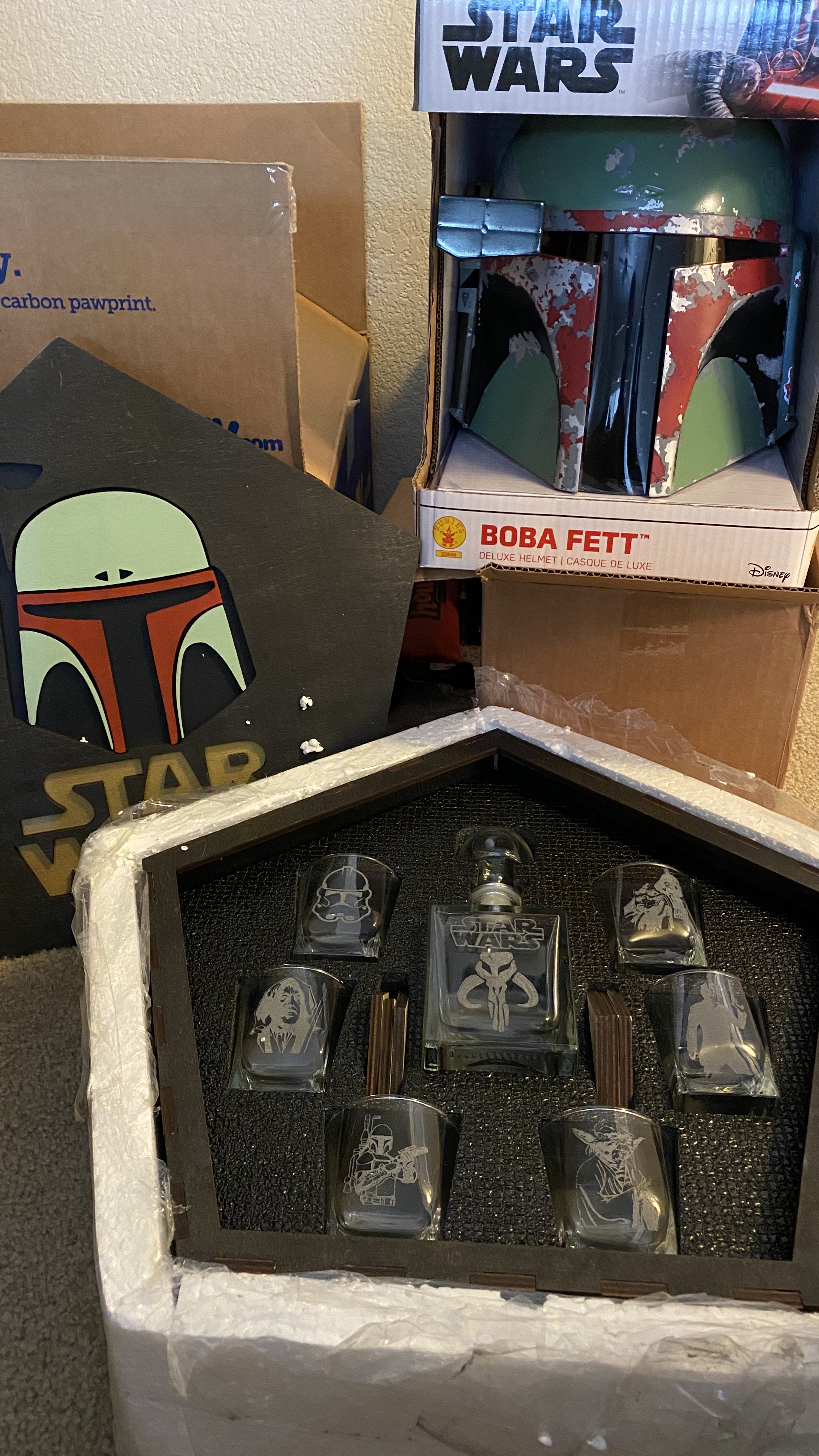 Oh that's a nice glass set! Congratulations on getting married!