Community Staff
I am continuing work on my EE-3 Carbine and am modeling the large discs that go behind the connecting rod on the breech. I have seen this made/modeled a number of different ways, and here is what I have so far. This is probably slightly more complex on the center post than you are used to seeing, but I built it this way so it snaps into the various rings on the connector rod for a more firm hold. I also have a recess in the back to hold a 20X3mm N52 rare earth magnet.

I'd like to get your thoughts/feedback. My two main concerns are the overall thickness and the outside edge (I have seen this modeled dozens of different ways. 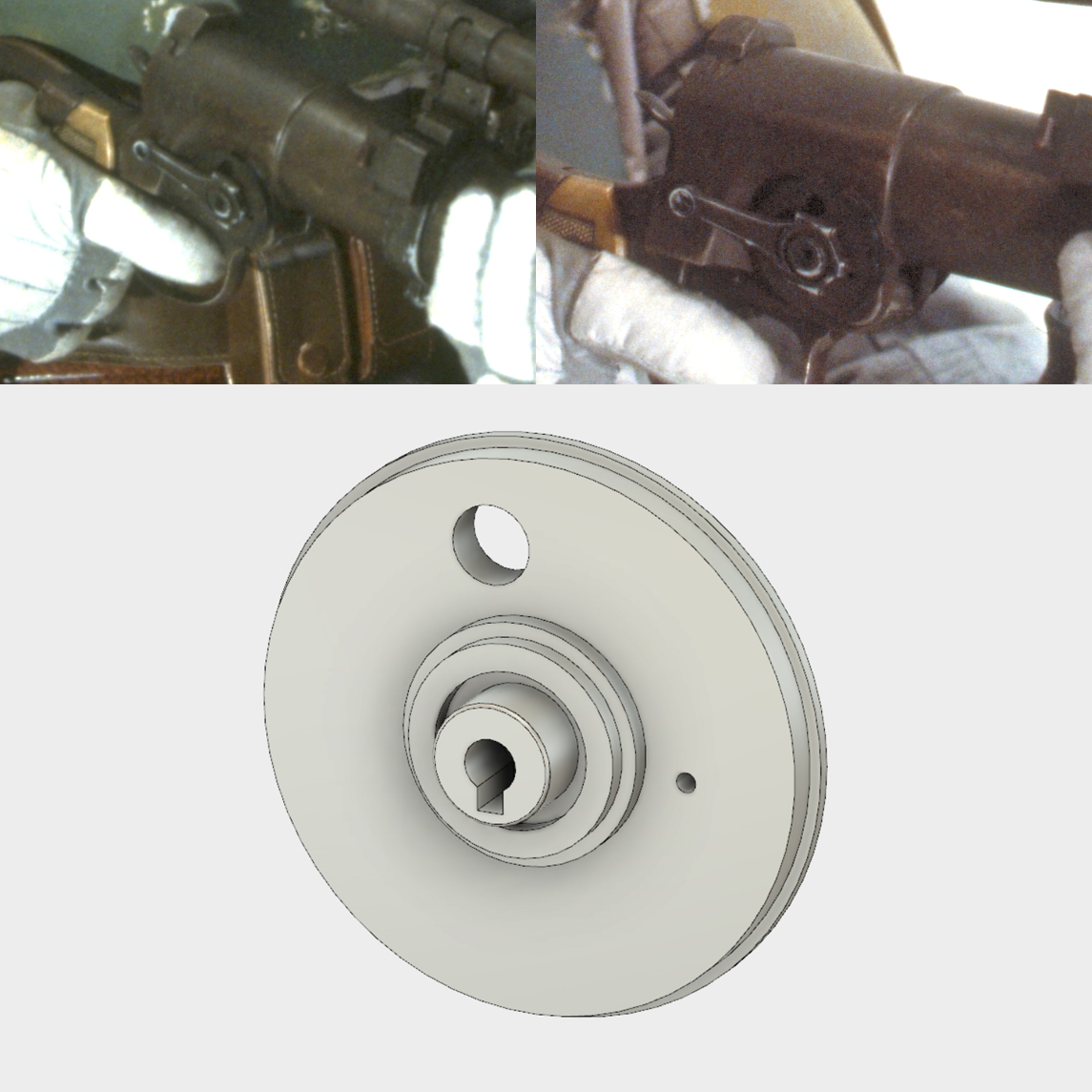 Community Staff
It is really tough to say what is in the center of the disc, but it MIGHT be a phillips screw... 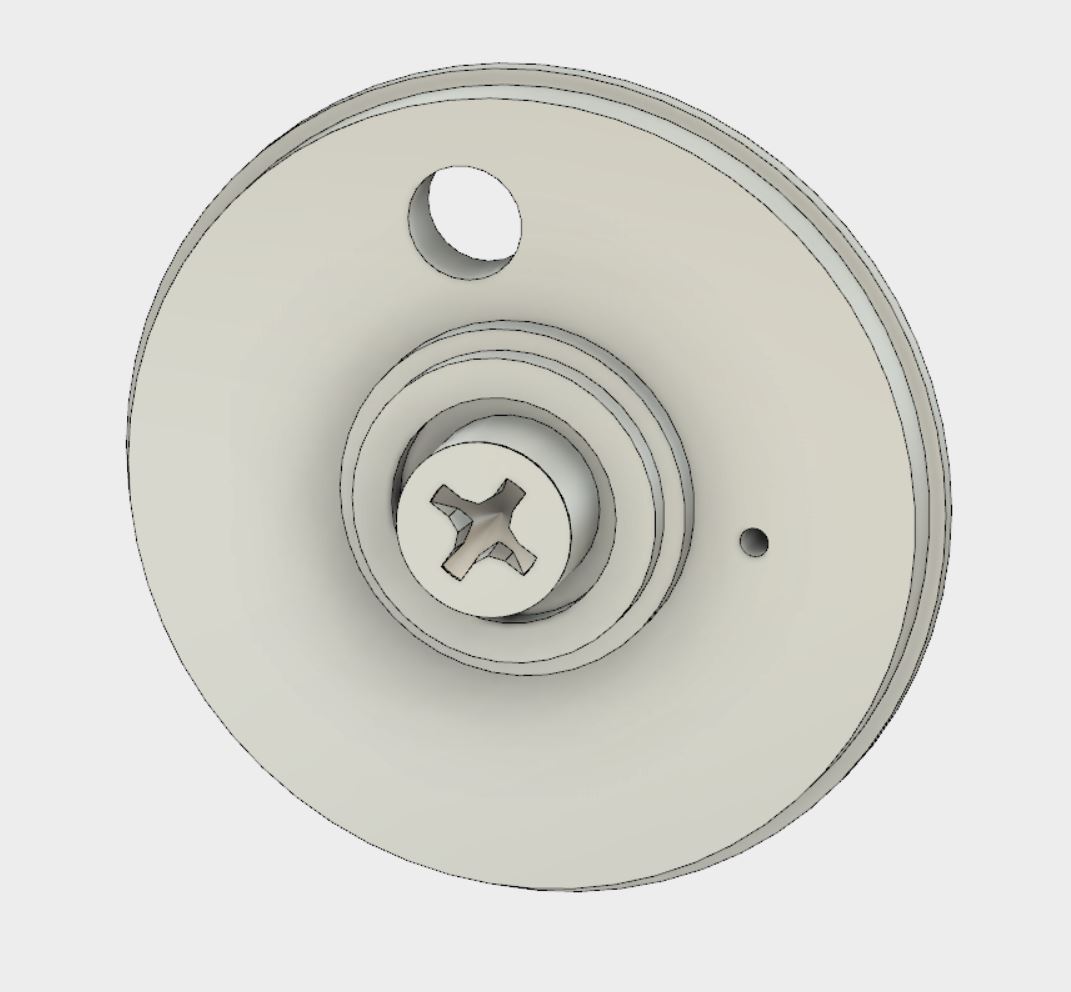 Its definetly hard to say how it "should exactly" be, this seems like a really nice way to go about it though i like the idea of it snapping together as for the edge and the thickness i like the edge how it is and im not positive about the thickness but i think it should be just a bit thicker than a loonie which is almost 2 mm so maybe try like 2.2 or 2.4 mm?

sorry!! Lol i just woke up I meant to say 3.2 or 3.4 lol that .2 or 4 is a minnescule difference my bad haha , are you printing the pieces? Its not a very big piece maybe just print a tester just to actually have it in your hand and see if your happy with it.... i think youve got it pretty much spot on

Community Staff
I will print a prototype for sure. Not sure if I will go metal after that or not.

The way that is it looks a bit like a lego cog with the teeth removed.

I went a similar route as you've gone when I did my disk the first time (I'm actually redoing them again now too hahaha. Foundparts builds are never done!)
The thickness on mine is 3.5mm if I remember right 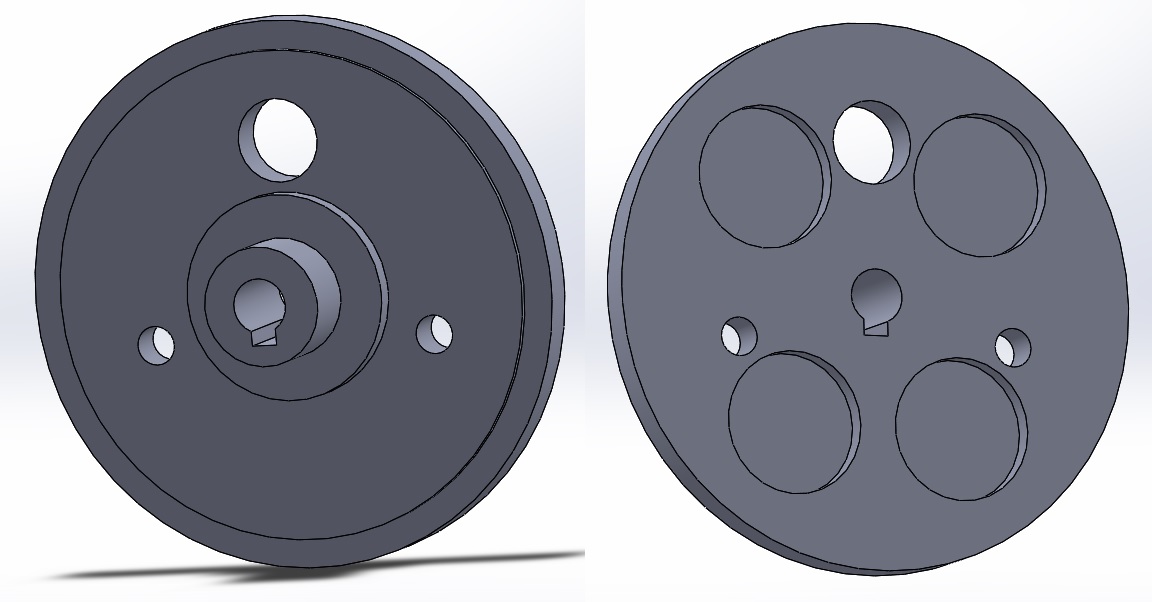 Community Staff
Nice, KenChan! We took a very similar approach to the back! 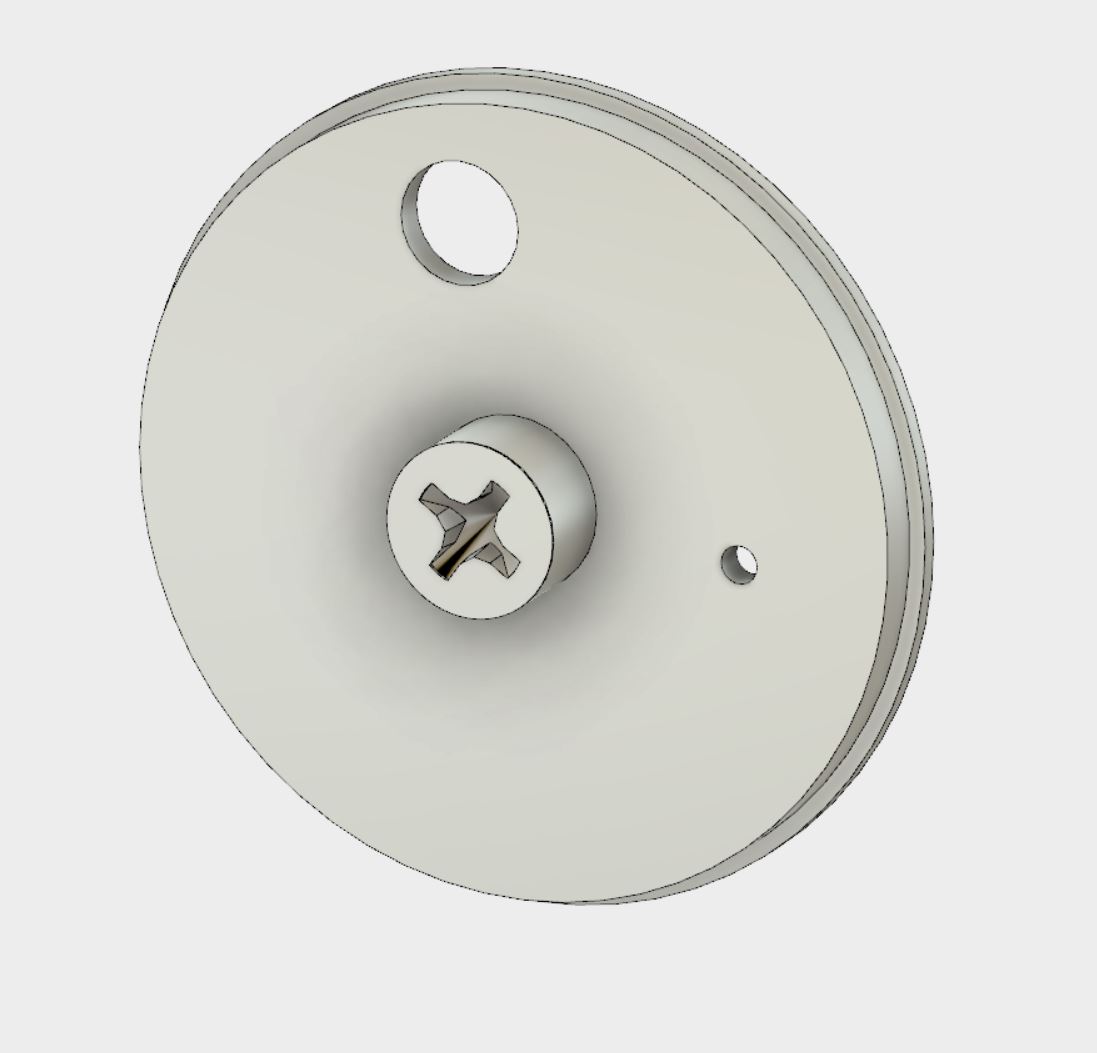 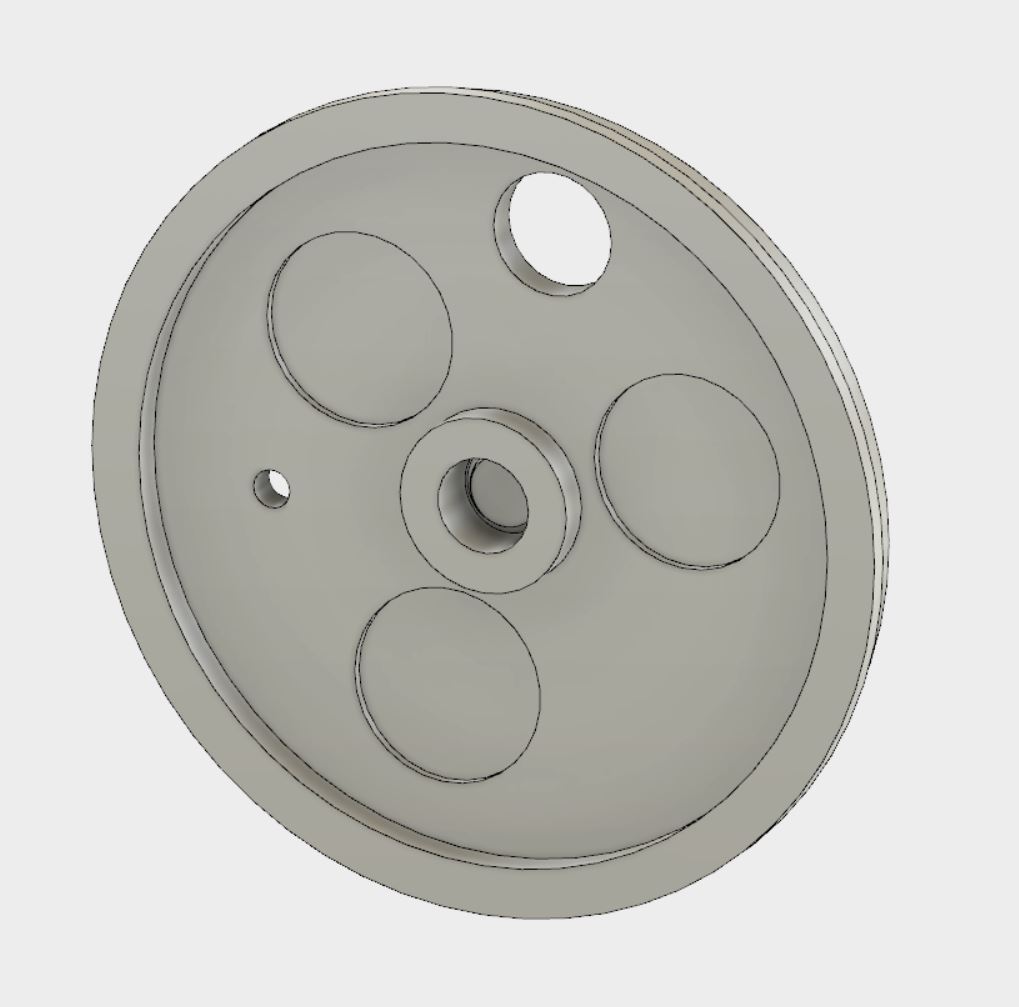 Community Staff
First prototype headed off to the printer... along with another revision of the scope rings!

I think that you have the thin lip spot on, and from shadow inferences I think the rest of the shape is pretty correct too. I can't decide about the center, whether it is actually philips or some other more unusual shape.

I think it looks great, Art.
I know this thread is old, but just wanted to ask what the genersl consensus is on these amongst the Fett/SW community.

Speaking generally, are these discs:

1. Real Found Parts
2. Were fabricated by crew
3. There’s just no way of knowing


Seems to me since most other greebs on this blaster are real found parts, it would not make much sense for the propguys to fabricate a part that is for a blaster that no filmgoer would know the design to. What I mean is there wasn't a predetermined design they (the propguys) had to follow when greebing this thing out so it would have been just as easy (much easier, really) to simply go with a completely different part than the disc than it would be to fabricate something entirely new.

Has anyone come up with general dimensions of these discs (like diameter of the disc and inner rings)? I am in deep right now with vintage Video Decks and might be able to find some worthy candidates once dims are spec’d. Thanks for mocking up the discs and posting this thread, Art.
Last edited: Dec 19, 2018

Wonder if it may be something like these old tuning dials I removed from a vintage radio a while back. 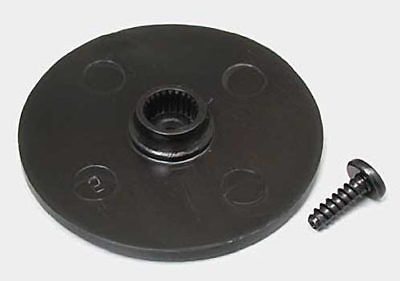 Community Staff
Mugatu I suspect these are indeed found items that were just attached.

Community Staff
wizardofflight that is VERY interesting. I came up with 1.6" for my disc. That is almost 1/4" difference... but I could be off on mine.

I've looked at all sorts of discs and flanges for this but it's a tough search. The possibilities seem endless. I dip in every now and again but haven't been that committed to looking this year.

Do we know when the prop guys made this? Was it just before/during production of ESB, or had it been around since before PreProduction? It was post Supertrooper. What else were they working on at that time?

None of the references I have has enough detail. But Futaba has different sizes. Here is a 1.75 Dia servo control wheel. 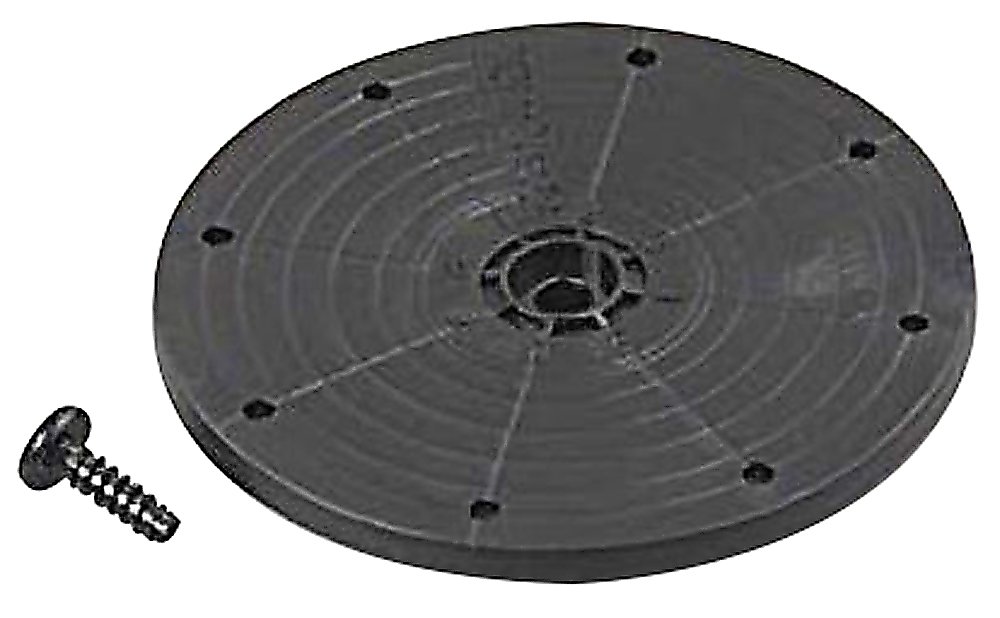