Hi all.
Soon I'll be recieving an Arkady set of soft parts for ESB Fett. Question is: what is the recomended way to weather these?
The tools I have aviable are: airbrush and compressor with acrylics, spray cans, earth, a lot of sun and wind, some oleums.
Thank you!

I used the paints in this thread:
Boots - CA BOOTS/ Weathering

Along with an air brush. You wet the suit and then spray on the weathering, being careful not to overweather. Wet, it will look darker than it will once it dries, which is a good thing. After I was finished painting, I would put it in a dryer to "set" the weathering.

The first time around, I underweathered, and people let me know about it. I then proceeded to overweather, mainly because I didn't properly wet the suit before weathering the second time. The result was a suit that looked more grey than blue. I then washed the suit with detergent, which brought the blue back. My weathering job doesn't look great, but it is good enough. Just make sure not to overweather. Once you weather it enough, avoid washing it, because it will mess up your weathering.

On ESB, the really important weathering is from the shins down and on the thigh pockets and hip pockets. Note the pattern of weathering on the thigh pockets. I brushed it on, which was a mistake. Air brush is better. The rest of the suit just needs to look dirty. The stains on the upper part of the suit should be a little browner or yellower... more like sweat stains whereas the shins need to look more like a used motor oil color with dark browns and grey/charcoal. I didn't do a great job on my suit, but it was one of the very first paint jobs I did.

Im no expert at all but I followed this method of spraying on a wet jumpsuit and it's worked for me so far. I don't have an airbrush or anything so I'm just using Walmart bought black and grey spray paint. Interesting note that on an ESB blue suit I found they grey to actuallly appear more tan to my eye. 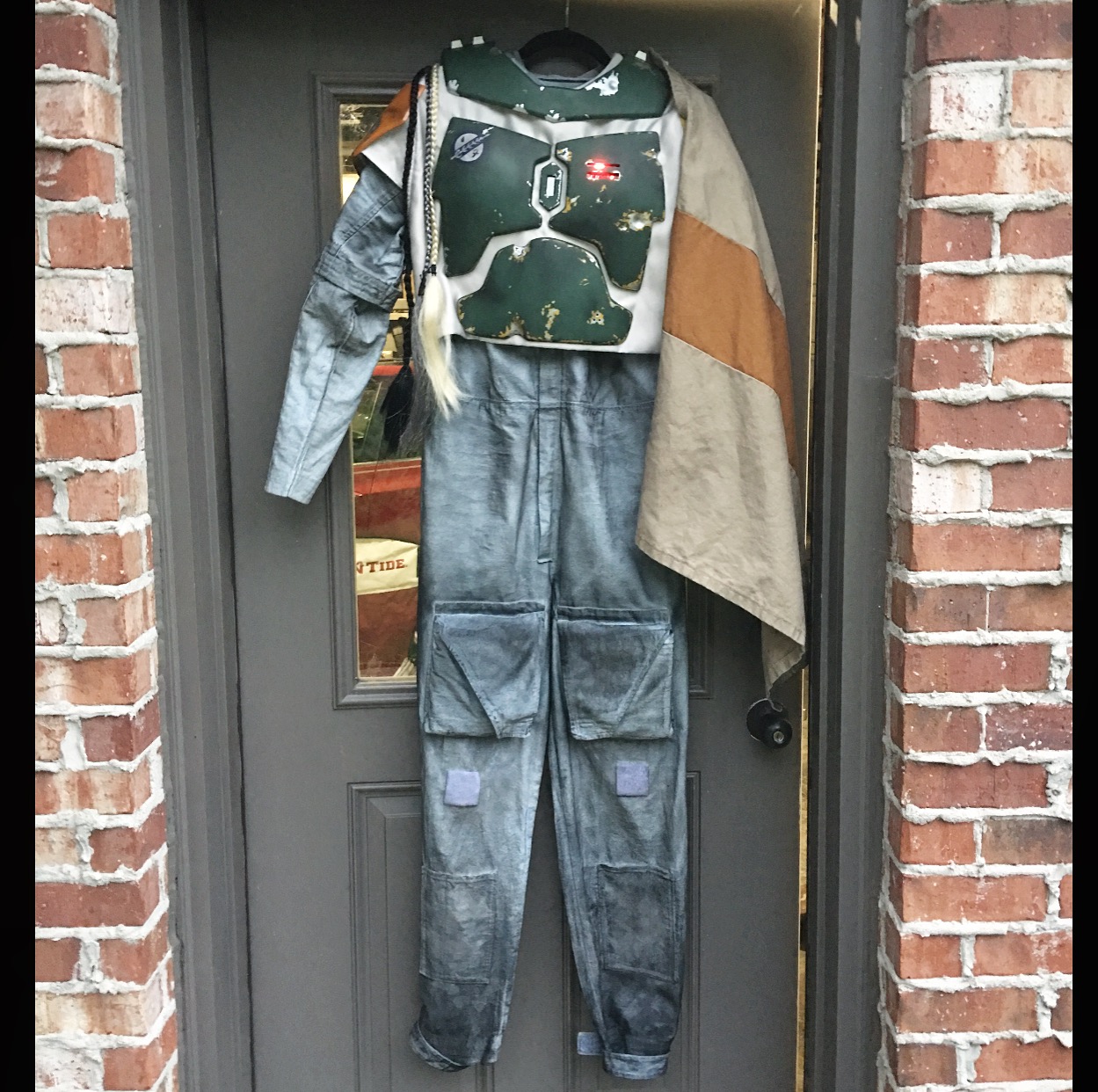 I airbrush some grimy black and light brown acrylic in random areas for my suit. If im doing an ESB for a customer i go a little darker and heavier as the ESB suit is more weathered

Weathering advice (too much or too little?)

T
How do I weather using spray cans?