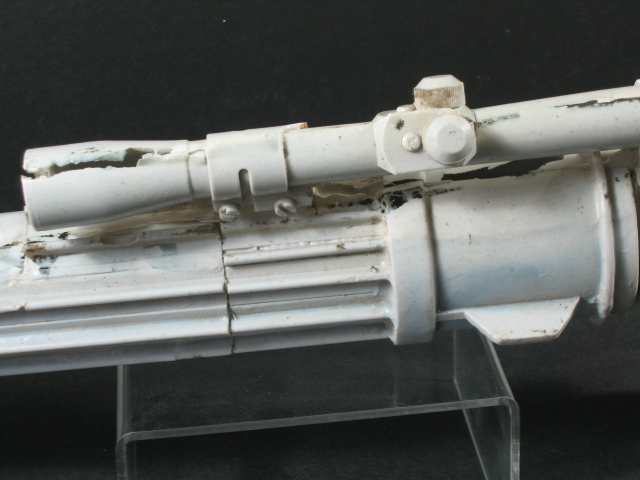 These are photos of an unfinished, production era resin casting of the Boba Fett Return of the Jedi Blaster rifle.