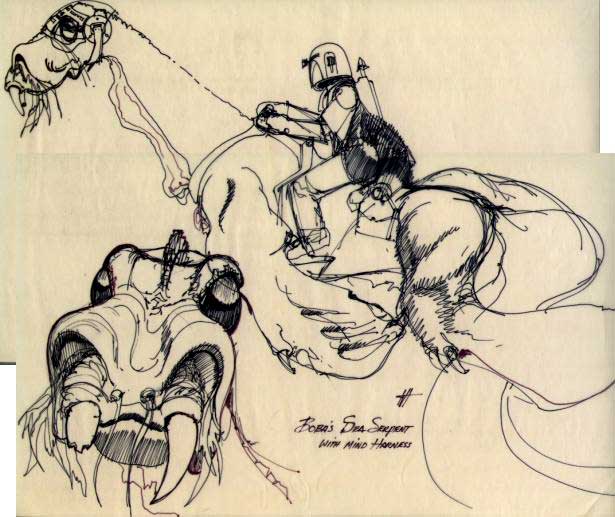 This concept art was created by Kenner designer, Tom Troy on Sept 13, 1978.