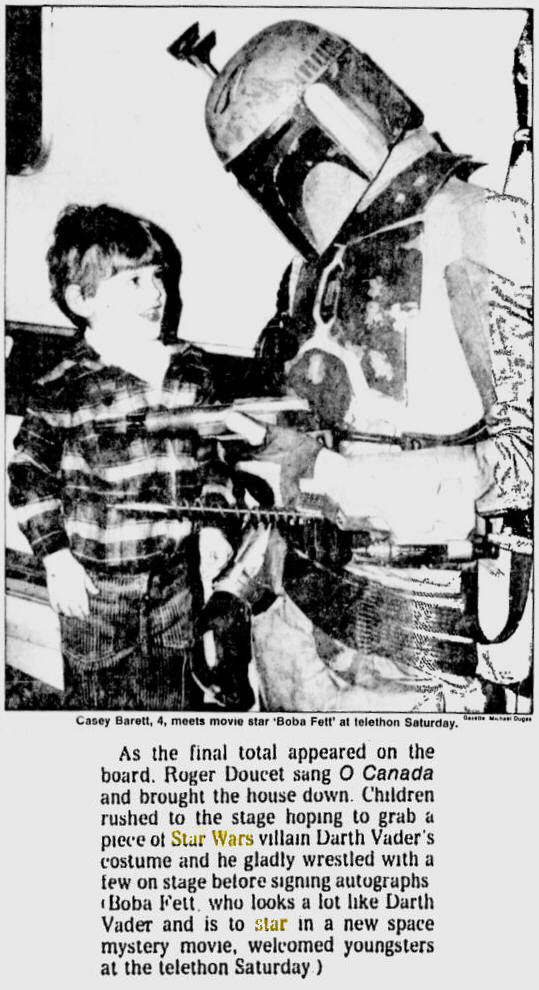 This photo depicts Promotional Armor 2 which is accompanied by the First Prototype Boba Fett Helmet.

This photo comes from the Montreal Gazette, Feb 26, 1979 and features Olympic Swimmer, Casey Barrett. The original article can be found here:

http://news.google.com/newspapers?nid=Fr8DH2VBP9sC&amp;dat=19790226&amp;printsec=frontpage&amp;hl=en
Click to expand...
There are no comments to display.